Andrea Gregerson and Joe Nelson, both of Albert Lea, were married at 7 p.m. June 14, 2014, on the property of Andrew George and Cherie Seuser in a double ring ceremony. A reception followed the ceremony were the couple was surrounded by their children, family and close friends. 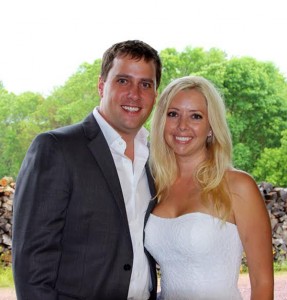 Andrea is the daughter of Jay and Kathi Gregerson of Albert Lea.

The groom is chiropractor at his own practice, Nelson Family Chiropractic.

A wedding trip was taken to Roatan, Honduras.