Clinton is set to headline a Thursday evening fundraiser in St. Paul for Dayton. Tickets for the dinner event at the St. Paul RiverCentre range from $150 to $2,500.

Former colleagues in the U.S. Senate, Dayton supported Clinton’s 2008 presidential candidacy and has said he would do so again. The first-term Democratic governor leads Republican challenger Jeff Johnson in public polling.

The possible 2016 presidential candidate is just the latest Democrat to stump for Dayton and U.S. Sen. Al Franken. Her visit comes on the heels of her husband’s own trip to Minneapolis earlier this month. Former President Bill Clinton headlined a get-out-the-vote rally for Dayton and Franken at the University of Minnesota. 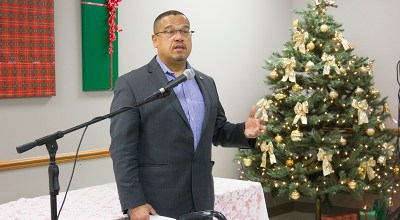