Klatt calls for transparency on Albert Lea school board

David Klatt wants to improve communication between the school board and the community but also wants to implement more transparency. 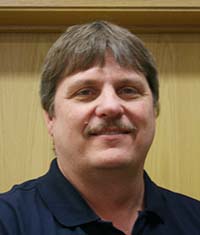 Klatt, 54, and his wife, Shari, have three children who went through the Albert Lea Area Schools. Klatt’s son, Travis, is a doctor in residency; his daughter, Nichelle, is working towards her master’s degree in kinesiology; and his son, Aaron, is a senior in college on his way to physician’s assistant school.

In his spare time, Klatt likes motorcycling, hunting, family activities and being active with his childrens’ activities.

Klatt said that, like the Albert Lea school board, he hasn’t made a final decision on the proposed calendar. He’s done some of his own research and has seen that similar schedules have had success with at-risk students, but ultimately he can see pros and cons with both schedules.

In Klatt’s job he focuses on helping people figure out needs and wants, he said. He applied a similar ideology to the proposed calendar. If the proposed calendar is needed then it needs to be implemented, he said, but if it’s just want, he asks if it’s worth making a big change to the entire system.

One big change that Klatt is in favor of is the grade realignment. Klatt stressed he’s all about efficiency and moving the sixth grade to Southwest Middle School and the eighth grade to Albert Lea High School was an efficient use of facilities.

Klatt said he’s talked to people and believes that the realignment is running smoothly now. One thing he noted was for eighth graders in varsity activities, such as music and athletics, it’s easier for them to get to those activities.

Klatt also believes that recent staff changes could be efficient. He believes that good moves have been made and that it’s good to create opportunities for students. However, he said he realizes it might seem hard.

On the topic of early childhood education, Klatt said any money spent is money well spent. He likened it to preventative medicine — helping kids get a head start means achievement will go up, he said.

Klatt also stressed he puts a lot of stock into communication, but also transparency. If he is elected to the board he wants to convey as much information as possible to the public.

One of Klatt’s biggest concerns is creating the most opportunities for academics and extracurricular activities for students. He also wants to continue to improve the fiscal health of the district.