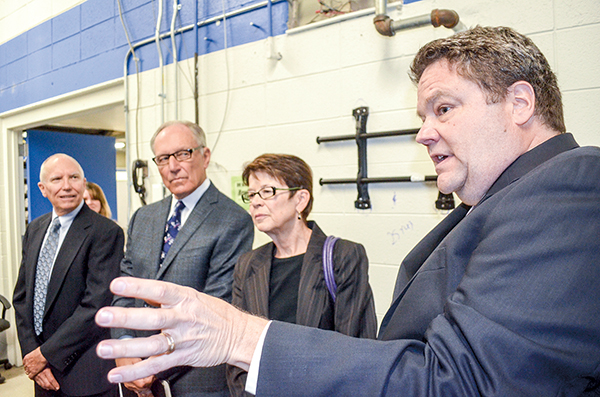 AUSTIN — KSMQ is getting a boost from the Hormel Foundation to go high-definition next year.

The Austin-based public television station will receive $100,000 next year from the foundation to upgrade its master control system, which will most noticeably allow KSMQ to broadcast in hi-def in 2015.

“It’s a big advantage for us,” KSMQ President and CEO Eric Olson said.

The project will likely cost about $495,000, but Olson said the Hormel Foundation’s grant will help open doors to other agencies throughout the state that could match foundation dollars.

Foundation Chairman Gary Ray said ensuring KSMQ’s continued success would be a benefit to the community and to the southern Minnesota region.

“We’re very fortunate as a community to have a public television station for a city of our size,” Ray said. “We need to ensure you guys have updated technology and the tools you need to continue to succeed.”

Broadcasting in high definition has been a goal for the station ever since Olson took the lead at KSMQ in 2012. KSMQ is the last of the five Minnesota-based public television stations to upgrade to high definition, which will allow KSMQ to be seen on higher-tier cable and satellite packages by more residents.