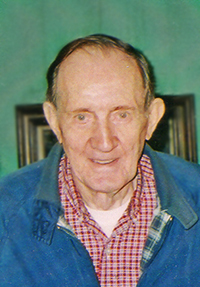 He graduated from Albert Lea High School in 1939 and then attended the Dunwoody Institute in the Twin Cities.

During World War II Leroy served in France and Germany with the 3187 Signal Service Battalion — the “Ramblers.” After World War II ended Leroy stayed on in Germany, attached as a civilian to the United States Army. He delivered medical supplies to stations in Frankfurt, Munich and Paris.

When he returned to America, he resumed his studies in the Twin Cities. He rented a room in St. Paul where he met Jane Krueger, who was working for the Bell Telephone Company. They were married Oct. 6, 1948, and enjoyed 52 wonderful years together until her death in 2000.

His first job was with a small radio station in Fargo, N.D. Later he worked at other stations in Minneapolis and Winona. In 1952 he was recruited to join the Central Intelligence Agency. He and his family spent the next 20 years in postings around the world — Bucharest, Romania; Hong Kong; Ankara, Turkey; Taipei, Taiwan; London; and Okinawa. Leroy’s wartime experiences and his career with the CIA fostered a lifelong interest in foreign affairs.

After retirement in October 1972, Leroy and his wife, Jane, traveled frequently. They loved California and the American West, and the family has many wonderful memories of trips to Santa Fe, the Grand Canyon and northern California in particular. But his favorite city was London, where the family was posted twice, and his favorite restaurant was the Welcome at 68 Belsize Lane.

Leroy enjoyed tennis, was an avid photographer, a ham radio operator (N5AND), a lover of jazz and cabaret singing, and a very good baker — famous in the family for his breads and orange rolls. Many of his interests — especially tennis, photography and good food — have been passed on to his granddaughters Lauren and Caroline.

Survivors include his son, Charles (wife, Sharmen) Gunderson, of Austin; grandchildren Lauren Gutierrez and Caroline Gunderson; a sister, Connie (husband, Bob) Maxwell of Albert Lea and their children Nancy (husband, Kerry) Royce of Albert Lea, and their children Kelly and Adam Royce, and Richard (wife, Melanie) Maxwell of Baltimore and their daughter, Allison Maxwell; another sister, Dorothy Wayne, of Florida and her daughter, Cindi (husband, David) Dickel, also of Florida.

He was preceded in death by both parents and his wife.

Leroy was deeply loved and will be greatly missed, and his family celebrates a life well and fully lived.