Public library is main draw to the center of city government 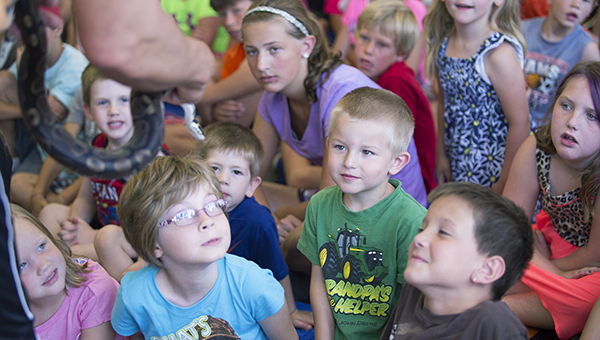 On the upper floors are city administration — which includes everything from city management, city attorney, city clerk and the finance department — plus the City Council Chambers and the fiction portion of the library. The middle floor houses the nonfiction and children’s libraries and the living quarters for the Albert Lea Fire Department. On the lower level are the engineering, fire and inspection departments, the main garage for fire equipment and the Fountain Lake Bookstore.

With its myriad uses, City Hall comes in at No. 8 on the Tribune’s list of 25 favorite places of Albert Leans.

“I feel it’s probably the best piece of real estate in the city of Albert Lea,” he said. “It has a beautiful view of the lake on every floor.”

The site used to be the home of American Gas Machine Co. and other industries. Today, Albert Leans gather there for City Council meetings, political debates, reading to children and even showing kids the fire trucks. It is a place for getting a dog license, asking for a fire safety inspection or just paying the water bill.

However, the Albert Lea Public Library remains the prime draw. It has a collection of more than 70,000 items — books, DVDS, CDs and downloadable books.

Director Peggy Havener said last year the library had an overall circulation of 293,315 items. It offered 474 total programs, including 425 for children. Just for the children’s programming alone, there were more than 12,000 last year in attendance, she said.

For adults, there’s everything from fiction and nonfiction book clubs to computer classes and author visits.

Havener said there were 20,000 individual computer sessions on the library’s computers in 2013.

The library is complemented by the Fountain Lake Bookstore on the lower level of City Hall, which sells donated used books. The bookstore is operated by the Friends of the Albert Lea Public Library, which raises money through book sales and membership dues for the library.

The library remodeled and expanded in 2008. Beforehand, it had been primarily on floors to the west side of the main staircase, but in that year, the children’s library was constructed on the east side of the second floor. The building also received a new roof and an upgrade to its heating and cooling system.

The Council Chambers were renovated two years ago with new lighting, painting and seating.