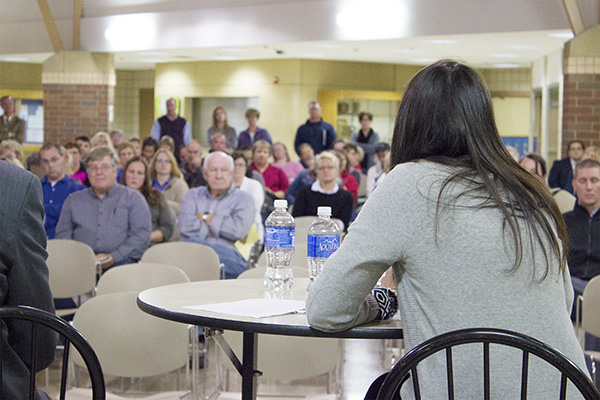 School board president Linda Laurie talks to a group of about 80 community members who came to the second public forum on the proposed calendar. – Hannah Dillon/Albert Lea Tribune

Board members show that they remain undecided

Members of the community got a chance to speak directly to school board members during the second public hearing regarding the proposed calendar. 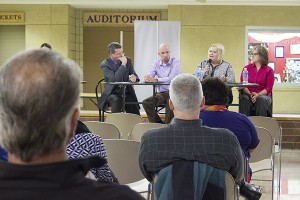 School board member Julie Johnson addresses the crowd of community members during the second public hearing on the proposed calendar, explaining what she heard in her small group sessions. – Hannah Dillon/Albert Lea Tribune

About 80 district residents were in attendance.

The residents were sent to six different classrooms, and each school board member spent 15 minutes in each room talking to the community members.

There were many common themes during the discussion. District residents stressed they wanted what’s best for the students, but many said they had reservations about the calendar’s effectiveness.

Many people brought up the fact that much of the research about alternative school calendars is on calendars with a six- to eight-week summer vacation. The current proposed calendar offers 10 to 11 weeks of summer vacation.

School member Mark Ciota said many schools that went to a calendar with six to eight weeks of summer vacation ended up going back to a traditional calendar because that short of a summer vacation didn’t work.

However, Ciota said that 10 to 11 weeks of summer vacation doesn’t reduce learning loss like the board was originally hoping for.

The difference between the current summer vacation and the new calendar’s summer vacation — one to two weeks — was also brought up by many community members. These members wanted to know if there was any real gain to changing the calendar over a few weeks.

School board member Jill Marin said the value of the change is unknown. The calendar change itself is low-cost to the district, but she said that someone will be paying the cost, whether it is the students or the community. 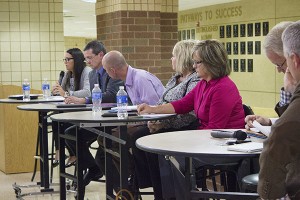 These costs come in the form of hard transitions, Marin said, after a community member brought it up.

Community members also focused on the topic of remediation. These members brought up some different issues with the remediation that would be held during the two-week breaks in October and March.

The first of these issues is the obstacle of getting children who need remediation to the remediation. While there would be busing and free breakfast and lunch served, some community members said that students who need remediation may feel punished by being in school while their friends are on a break.

Other residents said that the push to get kids to go to remediation would fall on parents. Some parents might not elect to send their children to summer remediation in order to preserve the summer vacation, some community members said.

Some people asked what other things the school board is doing to try and close the achievement gap besides the proposed calendar.

District residents brought up other issues that have been discussed, such as conflicts with the Freeborn County Fair, summer sports, day care, summer jobs and summer vacations.

Still, many of the school board members stressed that they remain undecided. Erickson and Ciota said they could see both positives and negatives to the proposed calendar. School board member Bill Leland said he was struggling in regard to a decision.

Community members were encouraged to include questions for the third public forum on their review sheets, and there will be a link on the Albert Lea Area Schools’ website to submit questions or suggestions as well.

The third and final public forum will be 5 p.m. Oct. 30 in the Albert Lea High School commons before the band concert at 7 p.m.