Heather Sadauskis is focusing on what’s best for students, even if it means going outside the box, in her campaign to be elected to the Albert Lea school board. 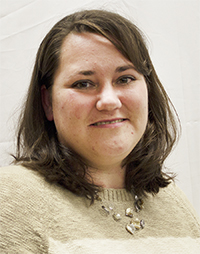 Sadauskis, 35, is running for one of three open school board seats. She is one of five candidates running for election. She works as a patient care technician at Mayo Clinic Health System of Albert Lea in the dialysis department. In her spare time she likes to be outside, spend time with her family and organize.

Sadauskis and her husband, Tom, have two children in Albert Lea Area Schools — her son, Zane, is in eighth grade and her daughter, Zoe, is in sixth grade.

She said she supports things that will benefit students and likes to look outside the box. Sadauskis said she is a proponent of the proposed 45/15 calendar because she believes there are positives to it.

She notes she’s heard many people ask why change is needed, but said a change needs to be made to see if it will work. She is concerned people aren’t looking at the broad picture and they refuse to see anything else.

Sadauskis said the proposed calendar won’t punish kids but will give all students new opportunities both in school and during the two-week breaks in October and March.

“If this happens, there are positives to this,” she said. “It’s not all negative.”

Sadauskis compared the backlash to the proposed calendar to the backlash of the grade realignment that moved sixth graders to Southwest Middle School and eighth-graders to Albert Lea High School starting in 2011.

Sadauskis said there were some bumps along the way but believes it has been a benefit to the students and to the community. She noted without the realignment, class sizes would be bigger than they already are.

She has a bit of a personal stake in it, too — as Sadauskis’s son entered eighth grade this year, she was concerned about how he would fare being with older students.

She said the eighth- and ninth-grade students are in their own area of the school and her son told her that he doesn’t feel overwhelmed being with older students, but actually believes there is a benefit to it — younger students look up to the upperclassmen and want to get involved with the same activities they are involved in.

Sadauskis is divided on the issue of recent staff changes and rearrangement, but ultimately believes that it is good to have changes. She understands there are concerns with shifting around teachers, as consistency is a benefit for students. However, she noted education is a team effort and getting fresh ideas to a team can be a good thing.

However, Sadauskis said she is not opposed to looking at other options.

Sadauskis said she is amazed that some students in kindergarten don’t have letter recognition, and she believes that access to a preschool program will give kids a head start, and commended the board for looking into the grant.

If she’s elected, Sadauskis would open lines of communication with forums, newsletters and comment sites to talk to the community.

Another issue Sadauskis is invested in is creating a safe yet welcoming environment at Southwest Middle School. She believes that family involvement is viewed as an inconvenience and a hinderance at Southwest, and stressed that families want to do more to be involved.

She said safety is a major issue but students need adult support as well as space to find themselves during their middle school years.

Sadauskis said she wants to ensure that students are given the tools to succeed once they graduate high school, no matter what their path is or if their path changes along the way.

She is also wants to ensure the district has the highest quality educators, curriculum, technology and facilities, and is in support of improvement when improvements need to be made.