Memorial services for Vivian C. “Binnie” Sorenson of Albert Lea will be at 11 a.m. Friday at Zion Lutheran Church in Albert Lea. The Rev. Joel Vano will officiate. Visitation will be from 4 to 7 p.m. Thursday at Bonnerup Funeral Service and one hour prior to the service at the church. Interment will be in Hillcrest Cemetery. 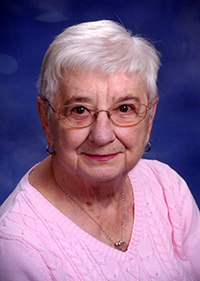 Vivian was a charter member of Zion Lutheran Church where she served as trustee, congregational secretary, Hannah Circle, financial assistant, sang in the choir and many other committees. She was also a member of the American Legion Auxiliary.

Thanks to all the family, Senior Court friends, church cheer and comfort volunteers and Hospice for their visits, flowers, food and calls which meant a lot to Vivian and her family.