One owns a business; other runs a financial institution

One candidate has more than 15 years of experience on the Albert Lea City Council, while the other is calling on his community experience to offer a fresh view. 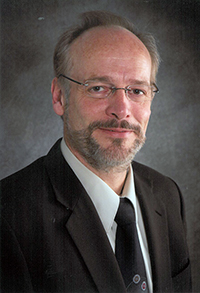 Brooks, 59, is the owner of Brooks Safety Equipment, a family-owned business that services and sells portable fire equipment, and said he knows what it is like to run a business, set budgets and stay within a budget.

He moved to Albert Lea with his family in 1959 and was first elected to the City Council in 1998.

Maras, 54, is the president of United Employees Credit Union and moved to Albert Lea 30 years ago with everything he had in the trunk of his car.

He said he has paid his own way through college and worked his way up to where he is now.

“I believe many of our ward residents, if not all, have had to work to get where they are like I have,” he said.

He emphasized his strong business and finance background as some of his strengths.

The following are some of the issues raised during the Wednesday night debate:

One of the top questions asked during the forum asked each candidate’s opinion of the proposed city reorganization presented by City Manager Chad Adams in September. 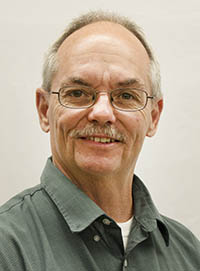 Other departments, including the library, human resources and finance departments, would report to the assistant city manager instead of the city manager, and the directors of these departments would become managers. A new assistant public works director would be added under City Engineer Steven Jahnke to allow added responsibilities for that department, and the city would partner with entities such as the Albert Lea School District or the Albert Lea Family Y to provide recreational activities.

Brooks said he didn’t have a problem with some form of reorganization of the city to be more efficient but pointed out that he still has many questions that need to be answered about Adams’ proposal, including what the end savings will be.

He was one of three councilors to vote against the first reading of the ordinance and said he thinks a city the size of Albert Lea can support a Parks and Recreation Department. He thinks the city should look at a different position for Hutchison if he is eliminated as the parks and recreation director.

Maras said when Adams was hired by the city, he was charged to look at the city and see what it could do better, and he thinks the council needs to move forward.

He said he doesn’t think there’s a business around that hasn’t done some kind of restructuring in the last 10 to 15 years to help things flow more smoothly, noting that there will always be some pains when that happens. He said the ultimate test will be whether the public holds the city accountable for parks and recreation in the future.

When asked whether they support a 3 percent overall tax levy increase, Maras said he thinks Albert Lea has competitive property taxes when compared to neighboring areas and noted that 2 percent of the proposed increase would go to paying for projects already completed.

Brooks said though 3 percent to some people may not be a lot, it might have a larger impact on others.

He said though 1 percent of that increase will go toward the general fund and 2 percent will go toward debt from projects, he said he still finds it difficult to pass a tax levy increase.

“The majority of those residents down there are lower to middle class income,” he said. “Three percent to those people is a lot of money.”

Maras said he is a firm believer of helping the residents and businesses already in Albert Lea and making things as viable as possible to get a good workforce.

“It’s the first thing businesses ask now. It’s not how much rent, how much square feet of retail space you have, it’s what’s your workforce like?” he said.

Brooks said he thinks the community needs to focus on the young people who want to come back to town or those new to the community and show them what they can build on.

The city needs to help the businesses already here and help them grow through the Port Authority and the city with tax abatements and other opportunities.

Maras said he supported the $4.6 million Broadway reconstruction right from the start though he had to weigh the tax implications for the downtown business owners.

The project included new street, sidewalk, sewer and water, along with amenities such as light poles, benches and flowerpots.

Since the project has been completed, he said he loves taking business associates downtown who are visiting from out of the area.

Brooks said he voted against the project primarily because of the associated costs. He knew the city needed its infrastructure updated, but he did not support the $400,000 upgrades to Fountain Lake Park.

He said though the project turned out beautiful and there appears to be more activity downtown, he still questions the money put into the park.

One question asked the candidates whether they thought the Shell Rock River Watershed District was using money properly from the half-cent sales tax and whether it shared information freely with the city.

Both candidates said they thought there could be more transparency.

“There’s a lot of things that go on there that need to be brought to light,” Maras said.

Brooks said he has questioned some of the money spent and said the district’s leaders need to do a better job of informing the public about what is taking place.

Brooks said he deals with constituents with sincerity and compassion and votes from his heart and conscience.

He said he has gathered support from the existing council for projects in his ward and will do whatever he can to meet the needs of the 6th Ward.

Maras said though Brooks has more experience, he will be more aggressive.

He said he is a competitive person with a strong work ethic who can converse with people of all income and job levels.