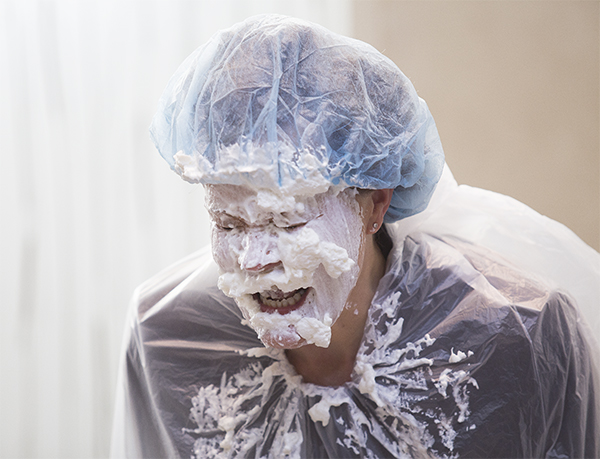 Tricia Dahl laughs after getting multiple pies in the face Thursday at Mayo Clinic Health System in Albert Lea. The event was an incentive for Mayo employees who participated in a United Way campaign drive. — Colleen Harrison/Albert Lea Tribune

Pie was on the menu on Thursday for some Mayo Clinic Health System in Albert Lea and Austin administrators, but not from the cafeteria. 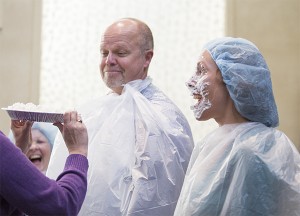 United Way of Freeborn County Executive Director Ann Austin, right, reacts after getting a pie in the face Thursday at Mayo Clinic Health System in Albert Lea. Austin was one of five people who volunteered to get creamed as part of an incentive for a United Way campaign drive. — Colleen Harrison/Albert Lea Tribune

Departments at the medical center participated in the United Way Employee Campaign at Mayo Clinic Health System, and one of the incentives included throwing a pie in the face of an administrator. 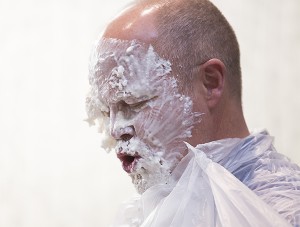 Tim Madson, a physical medicine and rehabilitation manager at Mayo Clinic Health System in Albert Lea, tries to manuever some whipped cream off of his face after getting hit with a pie Thursday. — Colleen Harrison/Albert Lea Tribune

Tori Miller with the crime victim’s resource center at Mayo Clinic Health System in Austin said this was one of many incentives for employees during the campaign. Some of the other incentives included drawings for $50 in Chamber Bucks and parking stalls.

The medical center is one of the businesses the United Way partners with for their yearly campaign, Austin said.

So far the campaign has raised almost $230,000 out of its $566,000 goal. This money will be distributed next year to the United Way causes and programs around the city. These causes include the sliding fee program at The Children’s Center, taxi vouchers, after-school 4-H programs for disabled students, mowing services for senior citizens and emergency child care, among other programs.

As some pledge cards are still coming in, Miller said the amount of money raised by the medical center hasn’t been added into the total yet. However, once it is added in, Austin said it will add a big bump to the total. 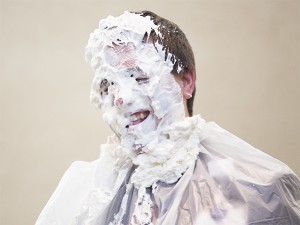 Last year’s goal for the campaign was $696,000 and only $552,000 was raised. Austin said last year was a hard year for people, and big companies had lower contribution numbers than previous years.

However, Austin said that this year’s goal is far more achievable. The final numbers from the campaign will be available by the end of the year.

Austin said the United Way is trying to include more fun incentives to get people involved with the campaign.