Albert Lea’s Goodell finishes in top half at state 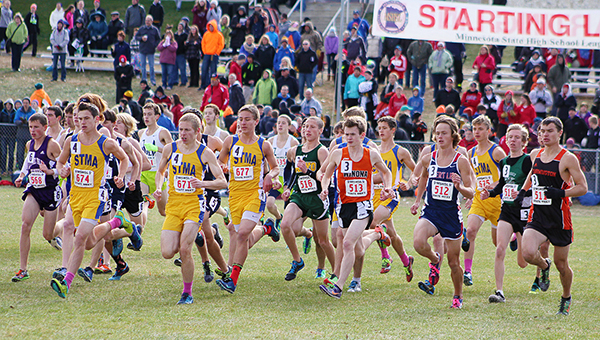 After winning five meets during the regular season — including the Big Nine Conference meet on Oct. 14 at Owatonna — the Albert Lea junior distance runner finished in the top half of the field Saturday at the Class AA state meet at St. Olaf College in Northfield.

“I’m so proud of what Jackson has been able to accomplish this season,” said Albert Lea coach Jim Haney. “The state meet was another outstanding effort by him.” 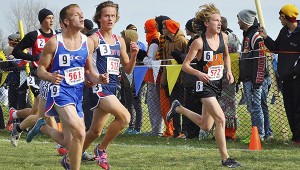 Before the race, Goodell walked through his strategy with Haney.

“I just wanted to not go out too fast with the front of the pack, stay cool and keep from getting burned out in the first couple of miles,” Goodell said. “(Haney) said to go out and have fun.”

Last season was the first year Goodell participated in cross country. He took 92nd place last season at the state meet with a time of 16:56.0. This year, he had another chance to run the state-meet course on Aug. 29.

“Running there before helped a lot,” Goodell said. “I wasn’t as nervous. It was nice knowing what was coming.”

Goodell is a three-sport athlete. Along with cross country in the fall, he plays hockey in the winter and participates in track and field in the spring.

Both of Goodell’s parents were athletes in college at Northern State University in Aberdeen, S.D. However, cross country was a sport that was new to them.

“I didn’t realize that you had to be in shape (as a spectator) as well. You have to run to the places where you can see them, run to cheer them on.”

Even though Goodell was the only state qualifier from Albert Lea, he said he didn’t train by himself for Saturday’s meet.

“My teammates — Nikk Christianson, Tyler Anderson and Caleb Troe — all helped me out a lot,” he said.

Out of Albert Lea’s 12 meets, Goodell finished in the top three eight times. His best stretch came halfway through the season when he won three straight meets from Sept. 15 to 23, took third at Owatonna, finished first at the Austin and Big Nine Conference meets and took second at the Section 1AA meet.

Next season, Goodell said he hopes to keep improving with a top-50 finish at state.

“I’m looking forward to his continued improvement leading the team next year,”