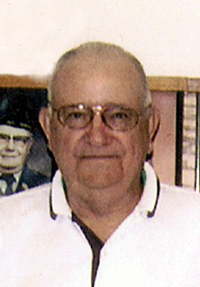 Funeral services will be at 11 a.m. Wednesday at Mansfield Lutheran Church in rural Alden with the Rev. Donald Rose officiating.

Visitation will be from 4 to 7 p.m. Tuesday at Mittelstadt Funeral Home, 902 E. Main St. in Lake Mills, and again one hour prior to the service at the church.

Carl Hacker was born March 8, 1927, in Eagle Grove, Iowa, the son of Max and Mable (Johnson) Hacker. Carl was baptized in Eagle Grove and confirmed his faith at Lime Creek Lutheran in rural Emmons. He graduated from Emmons High School.

On Oct. 2, 1948, Carl married Elsie Benson at Zion Lutheran Church in Mansfield Township. They lived on the same farm in rural Emmons for 66 years within sight of his childhood home. Carl and Elsie were proud parents of five children.

Carl was an active member of Emmons, Twin Lakes and Albert Lea senior citizens groups and held many offices. He enjoyed bingo, fishing, travel and Jeopardy as he would always get the most correct answers.

He was on the Mansfield Township board for 18 years and played dart ball for both Lime Creek and Mansfield Church teams.

Carl was a farmer, carpenter and handyman. He shared his love of farm life with his 11 great-grandchildren as he treated them to tractor rides, digging potatoes and helping with his pet chickens.

Family time was precious to him, especially when all gathered to fill the house to overflowing. Many cups of coffee and card games were shared with good friends over the years.

Carl’s family would like to send a special thank you to the Oak Park Place and Crossroads Hospice staff for their caring support.