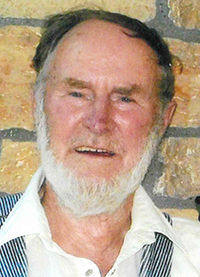 On June 8, 1951, he was united in marriage to Lola Culbert of Elkton. The couple enjoyed 63 years together.

He was preceded in death by his parents Tom and Rena Loverink; his brothers John, Jack, Everett and Herbert; and his sisters Mary, Rena, Jennie, Dorothy, Stella and Nellie.

Funeral services will be at 11 a.m. Saturday at Grace Baptist Church in Austin. Friends may call from 4 to 8 p.m. Friday at Worlein Funeral Home and one hour prior to the service at the church on Saturday. Interment will be in Grandview Cemetery. Worlein Funeral Home of Austin is assisting the family with arrangements. Condolences may be expressed to the family online at www.worlein.com.