Kiwanis governor to come to Albert Lea next week

The Noon Kiwanis Club will host the district governor on Nov. 17. 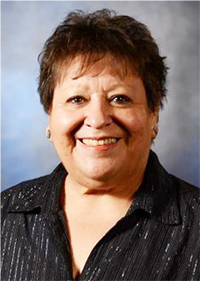 Sharon “Sherry” Scudder, governor of the MN-DAK District has been in Kiwanis since 1998 and has previously been president of the Golden K Kiwanis Club in Sturgis, S.D., a district lieutenant governor, a membership director and a certified leadership trainer.

The other three Albert Lea clubs — Daybreakers, Golden KI and Golden KII — have been invited. Kiwanians from regional clubs are invited, too. The Noon Kiwanis Club meets at noon Mondays at the American Legion Club, 142 N. Broadway.

Scudder was instrumental in development of the Sturgis food pantry, which is a project of the Sturgis Golden K. She has worked with club members to start an Aktion Club for adults with disabilities, a Club Satellite and is working on a Builder’s Club for middle school youth.

Sherry’s leadership experience extends to 45 years in the affordable housing field as executive director for Meade, Butte and Lawrence counties in South Dakota. She served 10 years on the Sturgis City Council, four years as president, as well as several other organizations including being chair of the Black Hills Council of Governments and four years as chairwoman of the Sturgis Motorcycle Rally.

Because of her many experiences, she knows that she has been called to serve through Kiwanis, whose motto is to “serve the children of the world.” She said, in a press release, she feels satisfaction seeing families benefit from Kiwanis volunteer activities.