Rodney Duane Halvorsen, 85, of Kiester died Saturday, Nov. 22, 2014, at St. John’s Lutheran Community in Albert Lea. A funeral service will be at 10:30 a.m. Wednesday at Grace United Methodist Church in Kiester. Visitation will be from 4 to 7 p.m. Tuesday at Bruss-Heitner Funeral Home in Wells, and will continue one hour prior to the service on Wednesday at the church. Interment will be in Fairview Cemetery in Kiester and the Rev. Cherie Daniel will officiate. Please see www.brussheitner.com to leave online condolences. Bruss-Heitner Funeral Home of Wells is assisting the family. 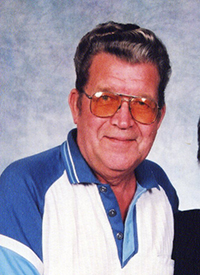 He married Barbara Smith on April 9, 1950, in Albert Lea. Rodney farmed for many years in the Twin Lakes and Kiester areas and worked at Wilson & Co. for 34 years. He was also a milkman, policeman and school bus driver in Kiester, and was a charter member of the Kiester Rescue Squad. Rodney liked fishing in Utah and South Dakota, golfing and bowling. Rodney and Barbara wintered in Texas for 14 years. He enjoyed taking his family on vacations, dancing and polka music. Rodney was also an avid reader and liked crosswords. He also enjoyed watching the birds out his window.