Shoppers make it clear: ‘We need to keep’ Target 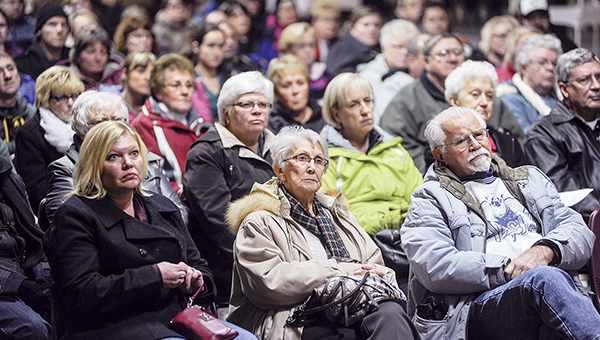 A large crowd was on hand Thursday night at The 1910 in Austin for the town hall meeting to save Target. – Eric Johnson/Albert Lea Tribune

Residents turn out for community forum

AUSTIN — Many shoppers in southern Minnesota want Target to stay in Austin.

More than 200 people attended a community forum Thursday to vent their frustrations and plan to stop the Austin Target from closing next year.

Officials from the Minneapolis-based retail chain announced earlier this month the store would close on Feb. 1. The Austin location is one of 11 stores to close nationwide. 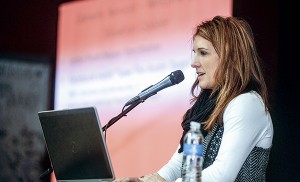 “Target should be growing rather than leaving,” former Austin Mayor Bonnie Rietz told the crowd.

Several residents gave suggestions ranging from financial incentives to a massive campaign to spend money at Target during the Christmas shopping season. Volunteers will also create a committee to give a presentation to Target officials.

The forum was put together by volunteer Danielle Nesvold and incoming Austin City Council Member Dave Hagen to solicit ideas and organize a campaign to get Target leaders to change their mind on the Austin location’s future. Nesvold opened a Facebook page, “Save the Austin, MN Target from closing,” which has garnered almost 2,000 members thus far.

Nesvold is spearheading the presentation committee and hopes to see a large delegation of people bring their views to Target.

“We’re looking for dedicated people who want to let Target know we really love them here,” she said.

Many were concerned not only about Target’s local workers — the Austin store employs about 80 people — but the economic effect Target’s closure could have on the area.

“As a senior citizen, this is the kind of thing we need to keep in Austin,” Carol Anfinson said. “Senior citizen-aged people do not want to shop outside of town.”

Local government officials have tried to persuade Target to change its mind. Hagen shared a letter Mayor Tom Stiehm wrote for Target officials, and area legislators have been in touch with Target’s government-relations team over the past few weeks.

Other Target stores slated to close: