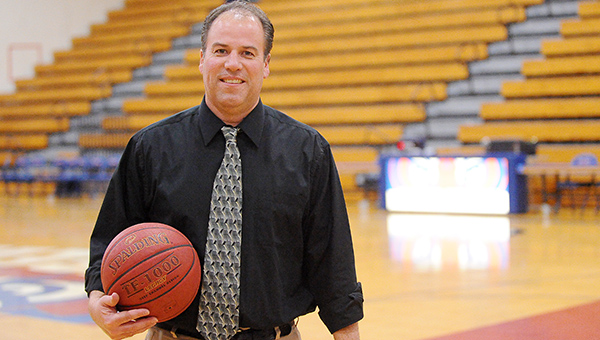 As a former high school and college athlete, Stan Thompson competed at a high level.

For the last three years, that experience has been utilized as a member of the Albert Lea boys’ basketball coaching staff.

Thompson, along with fellow assistant coaches Chris Withers and Gina Klennert, has been guiding the Tigers under the direction of head coach Lucas Kreuscher. 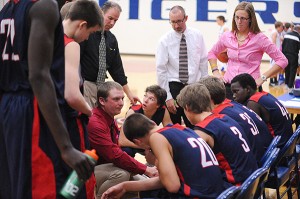 “Stan brings a lot of energy and passion with a competitor’s mindset,” said Kreuscher. “We can’t have enough of that. He’s a guy who is extremely detail-oriented and understands the importance of fundamentals.”

However, Thompson isn’t only concerned with X’s and O’s and marks in the win column. He said coaching has a broader scope.

“I think you can just coach, or you can coach and show that you truly care,” Thompson said. “It’s more than sports for me. We’re teaching life lessons.”

Thompson’s favorite part of coaching is developing and getting to know the players.

“The interaction with the kids is great, and they make it so fun,” he said. “Every one of them is a character. They keep me laughing, and they keep me young.”

“He was an awesome coach. He went above and beyond to get the best out of you,” Thompson said. “You knew he had your back.”

While playing collegiate baseball, Thompson played as a shortstop, pitcher and outfielder. During his freshman year, the Auggies went 31-10, won the Minnesota Intercollegiate Athletic Conference championship and qualified for the NCAA Division III national playoffs under coach Ron Petrich.

Thompson’s son, Jake, followed in his footsteps in basketball and baseball. Jake, a junior, has been a leader for the Tigers at the top of the key and posted a team-high 13 points in Albert Lea’s game on Saturday against Kasson-Mantorville.

Last spring, Jake was a pillar of the Albert Lea baseball team’s infield. He earned Big Nine All-Conference honorable mention accolades and was a Second Team All-Area selection by the Tribune. He also provided depth at shortstop when All-Area Player of the Year Johnathan Fleek took his turn in the pitching rotation.

After his four-year baseball career at Augsburg ended, Thompson moved to Albert Lea and worked for Farm Bureau Insurance for 10 years and Americana Insurance Group for 12 years.

However, Thompson is in the process of starting a new career: taking over the family farm. His father has been farming between Kiester and Emmons over 50 years, and he’s ready to pass the baton.

“I’m still learning from him,” Thompson said about his father. “It’s a great opportunity, so I better take advantage of it.”