Memorial services for Christopher John “CJ” Kolker will be at 11 a.m. Tuesday at St. Theodore Catholic Church in Albert Lea. The Rev. Timothy T. Reker and Deacon Mike Ellis will officiate. Friends may visit with family from 6 to 7 p.m. today at Bonnerup Funeral Service in Albert Lea and one hour before the service at the church. There will be a prayer service at 7 p.m. today at the funeral home. Interment will be in Holy Cross Cemetery in Ipswich, S.D., at a later date. 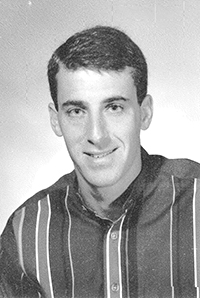 Chris was born July 13, 1968, in Aberdeen, S.D. He graduated from Ipswich High School in 1986 and obtained his degree in elementary education from the University of South Dakota. Chris began his teaching and basketball coaching career in Kadoka, S.D.  He later moved to Custer, S.D., where he continued coaching and taught middle school math. Chris spent his last two years living in Albert Lea.

Chris loved to compete. He was a willing sixth man on his high school basketball team, an opposite field hitter with a solid glove and a medium handicap golfer who thought he should be a scratch golfer every time he teed it up. Chris was devoted to his family, friends and church, and he always thought of others before himself.

Chris passed away Friday, Dec. 12, 2014, due to complications from early onset Alzheimer’s disease.

Chris is preceded in death by his father, Thomas Kolker; and stepfather, Paul Sparks.  In lieu of flowers the family would prefer memorials to the South Dakota Fellowship of Christian Athletes in honor of Derek Paulsen.