The Freeborn County Fair Board has announced the 2015 entertainment lineup for the Grandstand. Pictured is Michael Montgomery. Cole Swindell was also on the lineup, but he has since dropped out and the board is searching for another act to fill the slot. – Provided

A taste of Nashville

Despite the fact that snow is falling and New Year’s Eve is right around the corner, the Freeborn County Fair is already looking ahead to the summer.

The Grandstand entertainment lineup for the 2015 Freeborn County Fair has been released and features newcomers, familiar faces and old classics. 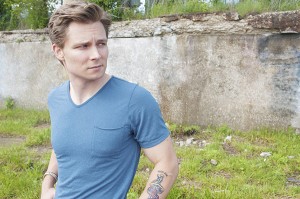 Hailing from Battle Creek, Mich., 32-year-old Frankie Ballard has been active in the country music scene since 2008 when he won Kenny Chesney’s Next Big Star competition for Michigan.

After winning the competition, Ballard signed to Reprise Records in 2010 in Nashville. He released his debut single, “Tell Me You Get Lonely,” which peaked at No. 33 on Billboard’s Hot Country Songs.

In early 2011 he released his second single, “A Buncha Girls.” Both of these singles were on his self-titled album released in May 2011.

That was the lead single to his second album, “Sunshine and Whiskey,” and the title track of that album was his first No. 1 single on Billboard’s U.S. Country Airplay in early 2014.

Ballard will play Aug. 5 at the Freeborn County Fair.

On the second night of Grandstand entertainment at the Freeborn County Fair, John Michael Montgomery will take the stage.

His brother, Eddie Montgomery, was on the Freeborn County Fair stage last year with Montgomery Gentry.

The 49-year-old Danville, Ky., native has been active since 1992 when he was signed to Atlantic Records. His first album, “Life’s a Dance,” was certified triple platinum and the single “I Love the Way You Love Me” was No. 1 on Billboard’s Hot Country Songs and No. 60 on the Billboard Hot 100. It was also named Single of the Year by the Academy of Country Music.

In 1994 Montgomery followed with “Kickin’ it Up,” which was certified triple platinum and the single “I Swear” was No. 1 on the country charts and No. 42 on the pop charts.

Montgomery’s self-titled album dropped in 1995 and produced five hit singles. After this album, Montgomery’s career was put on hiatus due to a vocal cord injury.

Montgomery moved from Atlantic to Warner Bros. Records for “Brand New Me” and with the release of “Time Flies” in 2008, Montgomery began his own label, Stringtown Records. 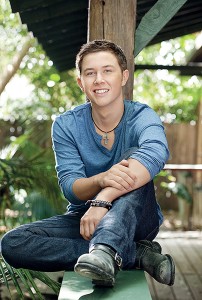 McCreery broke onto the scene in 2011 when he won the 10th season of “American Idol.” Later that year his debut album, “Clear as Day,” was released, and was certified platinum.

Two singles from that album — “I Love You This Big” and “The Trouble With Girls” — were both top 20 songs.

In Oct. 2012, McCreery released “Christmas with Scotty McCreery” and the album was certified gold.

In Oct. 2013, McCreery released his third album, “See You Tonight.” The title track of the album became his first single to reach the top 10 on the Billboards Country chart. 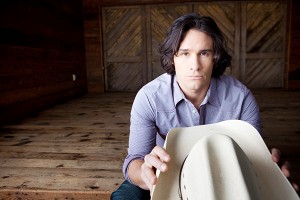 Joe Nichols wraps up the Freeborn County Fair on the last night of Grandstand entertainment. The 38-year-old Rogers, Ark., native started his career in 1996, but it was a rocky beginning.

He was signed to independent label Intersound Records at 19 and in 1996 released a self-titled album. It did poorly and Nichols was dropped from Intersound’s roster. He signed a second deal with Giant Records, but that was also short-lived and produced no singles or albums.

In 1999, Nichols landed a contract with Universal South and in 2002 he released his second album, “Man with a Memory.”

“The Impossible,” one of the singles from his second album, reached No. 3 on Billboard Hot Country Songs and was the 10th most played country song of 2003, according to Billboard.

Nichols reissued his debut album in 2003 under the name “Six of One, Half a Dozen of the Other.” This earned him Top New Male Vocalist award from Academy of Country Music, a platinum certification and three Grammy nominations.

Cole Swindell was set to perform on the first night of Grandstand entertainment, Aug. 4, but he dropped out. The fair board is still searching for an act to fill that slot.