DES MOINES, Iowa — The Iowa Department of Education on Friday said it will stop granting automatic waivers to school districts seeking to start classes earlier in the summer, after Gov. Terry Branstad complained that the practice doesn’t follow state law and affects tourism, summer jobs and other activities.

The change is effective immediately, meaning that “each request will be individually reviewed and approved or denied,” department director Brad Buck said in a letter to district superintendents and other education leaders. 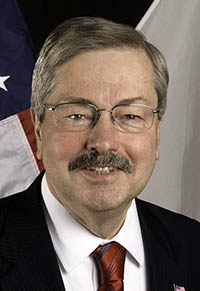 The issue of when Iowa schools should start classes has been ongoing for years. Iowa law says districts must start school no earlier than the calendar week that includes Sept. 1. But nearly all seek waivers to begin classes earlier.

For the 2014-2015 school year, for example, all but two of 338 school districts in the state obtained a waiver, according to the Iowa Association of School Boards.

Buck’s letter said the department will soon issue guidance on what a school district will need to submit to meet the requirements for a waiver as defined by state law.

Branstad’s spokesman, Jimmy Centers, noted that legislation passed earlier this year gives school districts and accredited nonpublic schools the option to choose between 180 days or 1,080 hours of instruction for the school year.

“So they still have the flexibility that they like to have locally, but also the students and the families have the benefits of a full summer,” he said.