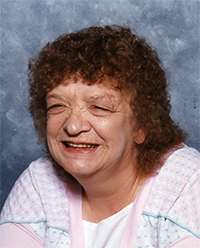 Sheila Alice (Larson) Weitzel was born on Nov. 7, 1939, in Albert Lea to parents Russell Larson and Alice Scott. She grew up and went to school in Albert Lea.

In 1960 Sheila was united in marriage to James L. Weitzel at Trinity Lutheran Church in Albert Lea. They moved to Colorado in 1973. They later divorced and Sheila returned to Albert Lea to raise her family.

Sheila enjoyed spending time with her family, playing cards and bingo, delivering the Albert Lea Tribune and Freeborn Shoppers and volunteering at the Salvation Army.

She was preceded in death by her parents and grandparents.

The family would like to express their appreciation to the staff of St. John’s Lutheran Community for taking great care of Sheila for the past year and a half.

A celebration of life is planned in the spring.