Tips to avoid scams over email and the Internet

Editor’s note: This is the first of the two-part column. Check back Friday for the second part.

The Albert Lea Police Department has been seeing an increase in reports of money scams involving African countries, most notably Nigeria or other West African countries.  Some of these reports have been reported by third-party citizens and the victims were not even aware they were being scammed. These types of scams have been around for years, although have been altered in many different variations. 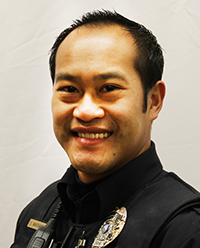 The Albert Lea Police Department would like to educate residents of the different types of commonly used scams to be on the lookout for and to be aware of. Most of the scams are part of international money laundering schemes using regular law-abiding U.S. citizens to help with illegal activities to fund terrorist organizations or organized crime syndicates.

Money laundering is the process of taking the proceeds of criminal activity and making them appear legal.

Scammers will use any means available today to contact you: telephone, email, text, Internet, etc. They draw victims in using certain tactics and prey on vulnerable people. They gain their trust and then when they have them hooked, they take their money and run. The scenarios used to lure victims in will change constantly. You can protect yourself and your family with knowledge of some most commonly used scams.

Be wary of Craigslist job postings that offer easy money making jobs that ultimately involve telephone interviews and “on the spot” hiring. A legitimate employer would set up face-to-face interviews and, upon hire, a W-4 IRS tax withholding form would be filled out.  If the “employer” is asking you to pick up merchandise or money (most likely MoneyGram or Western Union) and then in turn have you ship the items or transfer the money to another location (most likely a country in Africa), then you are involved in a money laundering scam.  Most of the time you would be asked to keep a certain percentage or fixed amount for yourself, as payment, before sending out the rest of the funds to Africa.  The money you are picking up, keeping and sending out was most likely obtained by illegal means such as credit card fraud, theft and other illegal activities.

Be wary of Craiglists postings that you post as well.  Scammers will take the opportunity to reply to a posting that you have either for sale or perhaps residential property that you have for rent.  Be aware of email or text message replies that have broken English or grammatically incorrect sentences.  The scammers will have some sort of believable story why they cannot pick up your items and will most likely ask to send you money orders or checks to have you deposit into your checking account.  They will ask you to keep a portion for yourself as payment for your work, then ask you to send the rest to them.  By the time the money is sent back to them, the check they gave you will not clear from your bank, leaving you with the negative amount in your account.

There are many other types of scams involving Craigslist or similar sites.  These are just the most commonly reported to law enforcement.

Scammers will send you unsolicited mail, email, phone calls, fax, etc. claiming to be a government agency or well-known organization notifying you that you have just won a large amount of money or prize.  Most of these are through email and can be found in your junk mail folder. The scammers gain the victim’s trust and explain that in order to have the money or collect the winnings, the person must send a small sum of money to pay for “processing fees” or “taxes.” Following through with these instructions, the victim wires the money and never receives their prize.  They are out the money they have sent.

Another scenario similar would be when the scammer sends a victim a check or money order for the prize and directs the victim to deposit the money into their account(s).  They then give instructions to send back a certain amount or sum to cover “taxes or fees.”  Once the money is transferred and the bank finds out the check is false or fraudulent, the victim is responsible for paying back the money they withdrew.

Albert Lea resident Sy Vanthavong has been with the Albert Lea Police Department for a little more than a year. Previously, he was on the Minnetonka police force for 12 years and worked financial crimes for two years.