Memorial services for Allen R. Tullberg of Albert Lea, will be held at 11 a.m. Tuesday at Grace Lutheran Church. The Rev. Janet White will officiate. Visitation will be held one hour prior to the service at the church. Interment will be in East Freeborn Lutheran Cemetery. 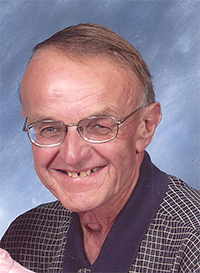 Allen was born Aug. 14, 1943, in Albert Lea the son of Alfred and Tora (Remmen) Tullberg. He was a graduate of Albert Lea High School.

On March 28, 1964, he was united in marriage to Barbara Enderson at East Freeborn Lutheran Church. Allen had been employed for 36 years with the City of Albert Lea Water and Sewer Department and for 11 years working transport at Thorne Crest Retirement Center.

Allen was an active member of Grace Lutheran Church serving as an usher, scripture reader and communion distributer. He was a member of the American Legion Club and was a bell ringer for the Salvation Army. In his free time he enjoyed playing golf, motorcycling, woodworking, all sports (especially hockey) and travel with his wife.

Allen was preceded in death by his parents, father- and mother-in-law Ernest and Alice Enderson and brothers-in-law Duane Enderson and Jim List.

Memorials in lieu of flowers to the Grace Lutheran Church, American Legion Club or the Salvation Army.