An Austin woman was sentenced to four years and two months in prison on Thursday in Freeborn County District Court for selling methamphetamine to an undercover officer last year. 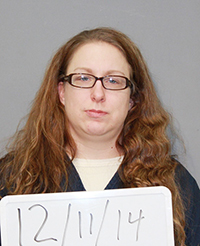 Amanda Kae Adams, 32, reportedly pleaded guilty in December to one count of second-degree drug sales as part of a plea agreement with the Freeborn County Attorney’s Office.

Adams initially faced one first-degree sale of a controlled substance charge and one count of third-degree sales from a separate case.

Court documents state Adams reportedly sold almost half an ounce of meth to the undercover officer on Feb. 7, 2014, at the parking lot of Trail’s Travel Center.

The Bureau of Criminal Apprehension confirmed the substance was meth weighing 12.75 grams.

Adams will serve her sentence in the Shakopee prison and will receive credit for 121 days already spent in jail since her arrest.