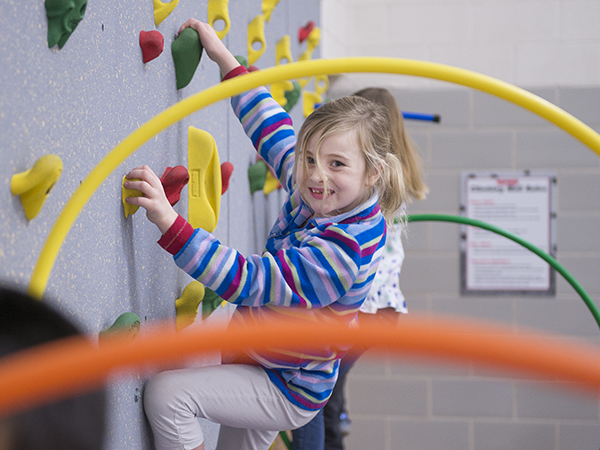 Students at Sibley Elementary School got a present over winter break from their PTO.

A new traverse climbing wall sits at the far end of Sibley’s gym and is used by students in kindergarten through fifth grade, according to physical education teacher Nate Wilson. This climbing wall involves students climbing side to side — traversing — more than up and down.

Wilson, who is in his second year of teaching physical education at Sibley, said the PTO raised over $20,000 during their stroll-for-a-goal, a fundraiser where students and staff take a 3-mile walk around the school grounds and neighboring sidewalks.

And Wilson has been putting the 40-feet-long, 8-feet-tall wall to use. There are several activities and games he does with his students to get them to use the wall and be active.

For example, his first-grade students from Lara Jones’s class were going through an obstacle course during gym class on Thursday. The students rolled a die then moved that number of panels on the climbing wall — the wall is made up of 10 panels.

When Wilson asked Jones’s students what they thought of the climbing wall, the students cheered, put thumbs up and called out they liked it.

For the kindergarteners through second-graders, Wilson said most of the activities are introductory activities to get them used to climbing. The older kids do more, like a game Wilson called cone-to-cone transfer, where students grab a cone, climb across the wall and hand it to a partner who puts the cone on top of another cone.

Wilson said he also integrates cross-curricular education into his climbing wall activities. He said sometimes he will put letter cards on the holds and have students climb to spell words. Other times he will give students a list of math problems and put cards with the solutions on the holds, and students must climb to find the correct answers.

Wilson said he’s never seen a school that had a climbing wall in it through all of his student teaching experiences. 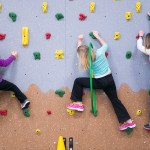 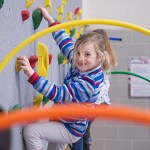 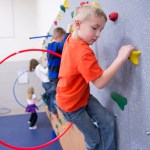 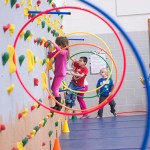 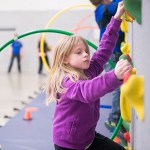