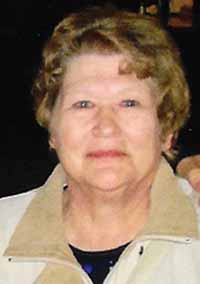 Diane married Howard Fenner Jan. 31, 1967. Together they managed small airports in Illinois, Massachusetts, Ohio and Michigan. Diane had her pilot’s license, commercial instructor’s license and taught ground school while Howard was the flight instructor. She loved airplanes and one of the highlights of her aviation career was taking the controls of the Goodyear blimp when it came to their airport in Ohio.

After Howard retired Diane worked for several years as the controller for the Menden school district in Michigan. They moved to Albert Lea in 1989 after Howard’s stroke so they could be closer to family.

She was employed by Albert Lea Technical College in Albert Lea when they first moved there and was executive director of Senior Resources for 15 years before retiring in 2012. She was a volunteer for the AARP Tax Aid program and most recently the part time bookkeeper for Ascension Lutheran Church in Albert Lea.

She liked to travel, especially to return to New England and Michigan as well as visit her brother in Arizona. She enjoyed going to movies, bird watching, gardening and her cats.

She was preceded in death by her parents; her husband; brother-in-law, Gerald Seavey; sister-in-law, Audrey (Hartwig) Miller; and nephew, Todd Seavey.

She was cremated and will be interred beside her parents in Oakwood Cemetery in Austin in the spring.

A private celebration of life will be held at a later date.