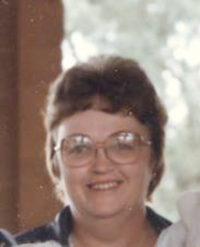 Donna was born Sept. 4, 1938, to Arthur and Agnes (Larson) Anderson in Blue Earth. She went to school in Blue Earth, Easton and graduated high school from Albert Lea in 1956.

Donna was united in marriage to Alton Olsen Oct. 18, 1958. The couple was blessed with five children. Donna raised her family on a farm in rural Austin. She worked at home until 1985, when she went to school to become a beautician. After her schooling Donna began working at Ramseth Beauty Salon in Austin. She worked there for 22 years until she retired. In her free time she enjoyed gardening, sewing and making blankets for her grandchildren, and feeding the birds. She always had the television glued to the QVC network, always searching for the best deals! Family time was very important to her and she cherished every moment she spent with them.

Donna is preceded in death by her husband, Alton; parents; and a sister, Arlene (Bud) Kroenke.