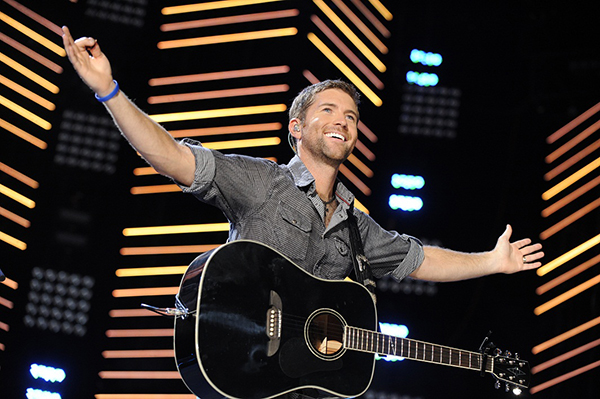 The Freeborn County Fair board has filled the opening night of the Grandstand entertainment roster just in time for tickets to go on sale.

Josh Turner will fill a hole left in the entertainment schedule by Cole Swindell. Mike Woitas with the Freeborn County Fair Board said Swindell backed out due to routing schedule conflicts.

“It seems every year it’s getting harder and harder after you have verbal confirmation to get everything scheduled, that’s been the challenge,” Woitas said. “But we understand that as a fair board.”

Turner will play the opening night of Grandstand entertainment on Aug. 4.

Thirty-seven-year-old Turner is a country music artist who has been active since 2001.

In December 2001 he played on the Grand Ole Opry and released his first album, “Long Black Train,” in 2003. Turner is signed to MCA Nashville.

The album’s title track was on the Billboard country charts for over 40 weeks and peaked at No. 13. The single received gold certification. The next most successful single from that album was “What It Ain’t,” which peaked at No. 31.

In 2006, Turner released his second album — “Your Man.” The album’s title track, released in 2005, hit the charts and peaked at No. 1 in 2006. The album was certified gold four weeks after it was released, and was certified platinum six months later.

The album had two other popular singles: “Would You Go With Me” was a chart-topper for two weeks and “Me and God” peaked at No. 16 on the country charts.

In early 2010, Turner released his fourth album, “Haywire,” and its single “Why Don’t We Just Dance” became Turner’s third No. 1 song. It spent four weeks at the top. The album gave Turner a fourth No. 1 hit: “All Over Me.”

Turner’s fifth album, “Punching Bag,” was released mid-2012. The album’s single “Time Is Love” was named the No. 1 country song of 2012 by Billboard. He also released another live album, “Live Across America,” in 2012.

Turner’s sixth album, which is so far unnamed, will be released March 31. The first single from the album, “Lay Low,” was released Sept. 1, 2014.

In addition to music, Turner played George Beverly Shea in the 2008 film “Billy: The Early Years,” a movie about evangelist Billy Graham. He also released a book, “Man Stuff,” in April 2014.

Turner has won six Inspirational Country Music Awards and has been nominated for 12 other awards, including two Grammy Awards.

Tickets for Turner go on sale at 9 a.m. Monday at midwestix.com. Tickets are $30 according to the Freeborn County Fair Facebook page.