Some folks in Albert Lea most likely remember Anthony Villerreal as a drug dealer and meth abuser.

He first tried marijuana when he was 8. He began dabbling in methamphetamine and cocaine at 11. By the time he was 13, he was in a local treatment center. And got kicked out. He then was sent to a treatment center in Winnebago — four times. By the time he was 18, he was on the wrong end of a 21-month prison sentence for selling meth. Once he was released, he was back at it. 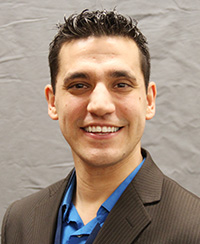 Today, Villerreal, 31, is the long-term program manager for the Rochester location of Minnesota Adult and Teen Challenge, a place dedicated to turning around the lives of people struggling with drug and alcohol addiction.

Minnesota Adult and Teen Challenge has campuses in Minneapolis, Duluth, Brainerd and, as of a year ago, Rochester. They are affiliated with the national organization Teen Challenge, which seeks to help young people battle addiction problems.

The Rochester location is MATC’s foray into southern Minnesota. The nonprofit purchased the Samaritan Bethany Heights nursing home at 1530 Assisi Drive N.W. and renovated it. There are 56 employees and several volunteers. It has the capacity for 96 men, 59 in long-term recovery and 38 in short-term. Someday, it hopes to accommodate women, too.

These days, Villerreal gets calls from men in Albert Lea seeking his help — not for finding drugs but for finding the way to break away from them. He said meth is the most prevalent drug found in Albert Lea but there are some who deal with alcohol and cocaine problems, too.

The people in the long-term recovery that Villerreal manages get 13 to 15 months of treatment. Many come there through referrals of county and state workers in corrections or human services fields. Some are sent there by judges seeking to turn a person into a taxpayer instead of tax expense — which is what jail or prison become.

And Villerreal can tell you that behind bars often teaches small-time criminals more about how to get away with crimes, and they make connections in the underworld. Minnesota Adult and Teen Challenge works to get their lives back on track.

Villerreal turned his life around about three months after a 140 mph motorcycle crash. He was 26. No, the crash itself didn’t have an effect. Neither did busting his scapula into seven pieces or his clavicle into two pieces. Or spending two months in a hospital. Or developing a painkiller addiction. Or having to figure out how to walk again.

When he did get his feet going again, he was walking down the sidewalk in front of First Presbyterian Church and had what he called “a God experience” right there. He fell down to the ground and asked God for help to turn his life around.

“He answered my prayers,” Villerreal said. 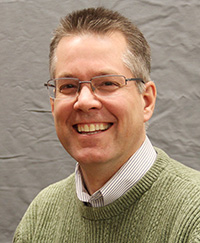 The director of the Rochester campus, Tom Truszinski, said the short-term program is 14 to 90 days of treatment. The facility offers faith-based care and non-faith-based. It’s up to the man seeking care.

Truszinski also has dealt with chemical addiction, primarily alcohol. He was the CEO of a finance company in St. Paul and meanwhile hid his chemical abuse. He’d wake up with hangovers having to remember which lies to maintain to which people and still function in the finance world.

Truszinski was his way to his divorce when he crashed a motorcycle full speed into the back of a truck in Eagan. He almost died. Scars show how doctors had to take flesh from his arm to reattach his foot.

That was 19 years ago. The divorce never happened, and he has been married for 25 years. They have four children.

“I wish I had known better ways to cope with issues back then,” Truszinski said.

Now he is committed to providing that hope to the young men at the center.

And Villerreal, well, when he isn’t busy at the center, he is busy planning his April marriage.