Janet May Nichols Hansen, 70, of Austin passed away Saturday, Jan. 10, 2015, at St. Marys Hospital in Rochester. She was No. 2 of six girls born to Byron and Blanche (Monson) Nichols of Blooming Prairie. Janet graduated from Blooming Prairie High School in 1962. She then was accepted into the nursing program at Austin Vocational School, where she obtained her Licensed Practical Nurse certification. 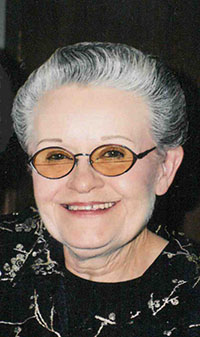 Janet was united in marriage to George “Pudge” Hansen April 24, 1965. They were blessed with two children, Tim and Wendy. They later divorced.

Janet worked as a nurse most of her life at area nursing homes. She spent her final years of nursing at the Adams Health Care Center in Adams. After she retired from nursing she went to work at the Salvation Army Thrift Store and most recently The Dollar Tree. Janet was a member of Crane Chapel, where she could be found on the piano bench every Sunday morning. Janet loved to put puzzles together, along with fishing with her grandchildren — though her biggest passion was collecting anything that resembled a barn.

A celebration of Janet’s life will be at 1 p.m. Saturday at Crane Chapel with the Rev. Dale Christiansen officiating. Visitation will be from 4 to 7 p.m. Friday at Worlein Funeral Home and one hour prior to the service at the church on Saturday. Interment will be at a later date in the spring at Greenwood Cemetery in Glenville. In lieu of flowers memorials are preferred to the family. Condolences may be expressed to the family online at www.worlein.com.