Red Cross looking for donors due to blood shortage 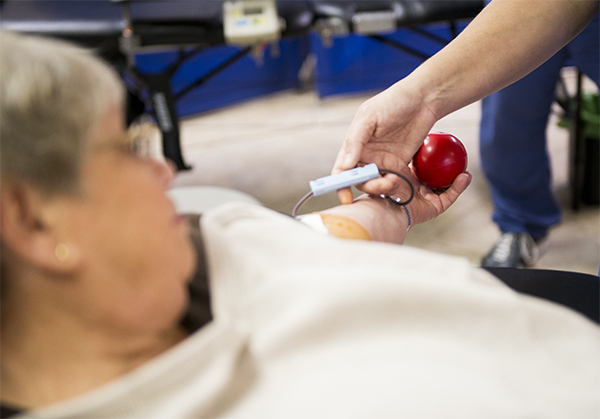 There’s currently a blood shortage in the country, and the recent wintry weather certainly isn’t helping.

The Red Cross had a blood drive Thursday and Friday at Salem Lutheran Church in Albert Lea. Freeborn County Volunteer Coordinator Jan Birkhofer said the recent weather probably played a part in the blood drive’s donation goal being short by 27 units of blood on Thursday. Thursday’s goal was 85 units of blood, and the drive only managed to produce 58 units. Friday’s goal was 75, and by late morning Birkhofer said the lack of donation appointments didn’t bode well for that goal.

She said that a very small percentage of people who are eligible to donate blood actually come out and donate. Donors must be at least 17, or 16 with parental consent. There is no maximum age limit to donate blood. Birkhofer said she has seen donors who are over 100.

There are some restrictions concerning medicine, recent travels and any recent tattoos or piercings, among others. Those donating should make sure to hydrate and should not donate on an empty stomach.

All blood types are needed, but Birkhofer said that O+, A- and B-, along with universal donor O-, are especially in high demand. Those interested in donating can call 1-800-733-2767 or can go to redcrossblood.org.

“It’s very important for people to donate, if they can,” said Birkhofer.

She said that volunteers are always needed as well. Those interested in volunteering locally with the Red Cross can call Birkhofer at 507-377-3405. 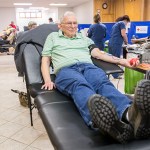 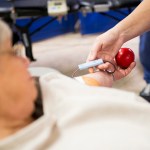 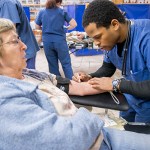 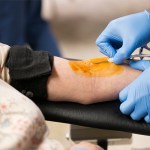 Aas said she made a point of going to Salem Lutheran Church Friday to donate blood after seeing a news report about a severe blood shortage in the country. — Colleen Harrison/Albert Lea Tribune