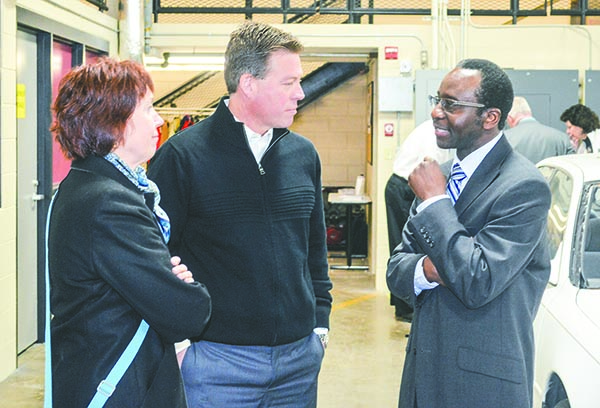 In addition, the college seeks to turn the Albert Lea campus into a transportation, tech and industrial center through a renovation. Riverland hopes to secure $1.77 million from the state toward that project.

Riverland’s portion of that request amounts to about $2.37 million, which includes $1.8 million for faculty and $455,000 for operating costs.

Area lawmakers pledged to work more closely with Riverland and to take up its requests at the Capitol.

“It’s so important that we continue to build a relationship between K-12 and higher education,” Poppe said.

The plan has earned plenty of attention and some criticism from educators who say giving students free tuition is just a shift in resources and may not solve the U.S.’s workforce issues, nor meet the country’s education goals.

Poppe believed the plan, albeit imperfect, was a good way to open discussion on better funding higher education and helping students earn degrees.

“We really need to look at the way we’re paying for schooling,” she said.

This is the first formal legislative outreach the college has done, according to Riverland officials. Atewologun told the audience Riverland is expecting to hold more public breakfasts with legislators in the future.