A strong inside presence was complemented with a potent backcourt for the Albert Lea boys’ basketball team.

“When our guards are scoring, we’re in a pretty good place,” said Albert Lea coach Lucas Kreuscher. “I think they’ll definitely gain some confidence. We’ve focused on attacking the rim and moving without the ball.”

Dedoch Chan led the Tigers in the paint with 14 points, six rebounds, an assist and a steal.

At halftime, Mayo led 37-32, and their lead expanded to 14 points in the second half. However, Albert Lea cut its deficit to four points late in the game.

“We had opportunities to make it one possession,” Kreuscher said. “We showed some fight. I was pleased with our energy and active hands on defense.”

Albert Lea buried eight 3-pointers, but Mayo countered with 11. At the charity stripe the Tigers were 13-of-16.

“He understands his role and gives everything he’s got,” Kreuscher said.

Albert Lea played its season opener at Mayo on Nov. 25, 2014, and lost 81-57. The five-point loss was a step in the right direction, Kreuscher said.

Look for results from Albert Lea’s game Saturday at Northfield in Monday’s Tribune. 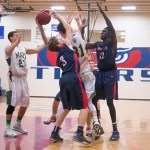 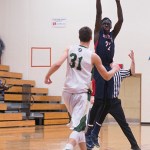 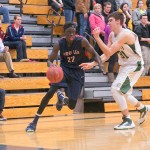 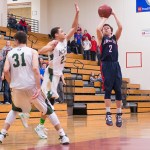 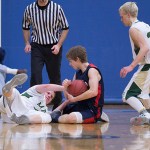