Terry L. Judd was born April 29, 1952, in Rochester, the son of Don and Helen (Reichow) Judd. He graduated from Austin High School in Austin.

Terry married Terrie L. Regner Jan. 29, 1972, at St. Augustine in Austin, they were later divorced. Three children were born to this union, Nicole, Dan and Ashley. 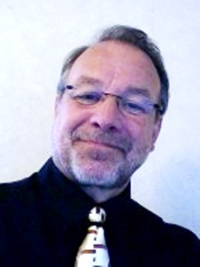 Terry, DC, LAc, is a 1980 graduate from Northwestern College of Chiropractic. He practiced in the Albert Lea area for 32 years. He attended the Minnesota Institute of acupuncture and herbal studies from 1995 to 1999. In 1999 Dr. Judd became certified through the national certification commission for acupuncture and Oriental medicine as a licensed acupuncturist and a presenter at the Great River Symposium at Northwestern Health Sciences University. He had also been a presenter at the doctors lodge in Golden Valley since 2009 for continuing education hours in acupuncture. He was a lifelong student with a true eagerness to help others.

Terry loved spending time outdoors, especially hunting and fishing. Special times were spent with family fishing on the Missouri River and hunting with those close to him. His greatest passion and love was for his children and grandchildren. He was known for his endless kindness, caring and generosity. He took great pride in family, friends, neighbors and work. He was genuinely selfless and humble.

Terry was preceded in death by his parents and his brother, Tom Judd.

Terry will truly be missed by his family, friends, colleagues and neighbors.

There will be a gathering time to visit with family from 5 to 7 p.m. Friday at Bonnerup Funeral Service, 2210 E. Main St. in Albert Lea.