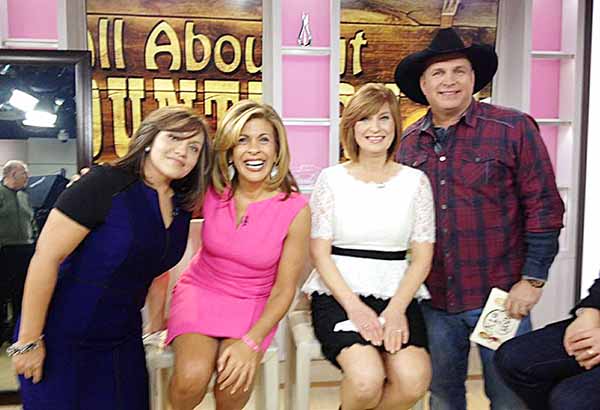 Tammy Peterson of Wells, third from left, was selected for an Ambush Makeover on the “Today” show last Thursday, where she also got to meet Garth Brooks, at right. – Provided

WELLS — A Wells woman got the surprise of a lifetime last week during a trip to New York.

Tammy Peterson, 44, who works in accounts payable at the Maple River School District and is a student at Minnesota State University,  Mankato, said last Thursday she visited the “Today” show.

Country star Garth Brooks was slated to be on the show that day, and she was simply interested in seeing him.

The next thing she knew, she said, Brooks and hairstylist Louis Licari selected two women from the audience, one of which was herself, for what the show calls an “Ambush Makeover.”

All within a few hours, the women got their hair cut and styled, their makeup was done and they were fitted with an outfit. Peterson also got her hair colored.

She appeared to be in tears after she saw herself for the first time in the segment.

She said she was in the studio for about three hours, from the time she walked in until she left.

Peterson said she enjoyed the experience and described Brooks as being a down-to-earth man.

Peterson and her husband, Cory, have two children.