Memorial services for William H. Beseman, 75, of Albert Lea, will be held at 1 p.m. Wednesday at the New Life Christian Church. The Rev. Vern Harris will officiate. Military honors will be accorded by the 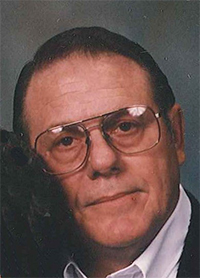 Freeborn County Veterans, American Legion and VFW. A private burial will be held at a later date at the Malmo Cemetery. Online condolences are welcome at www.bayviewfuneral.com.

Bill entered heaven’s gates surrounded by his family along with the loving care of Immanuel St. Joseph hospital in Mankato on Monday, Jan. 19, 2015.

William Hall Beseman was born on Dec. 24, 1939, in Burtrum, the son of Otto and Bea Beseman. He attended and graduated from McGrath High School. After high school, Bill proudly served his country in the U.S. Marines Corps. from 1957 until his discharge in 1960.

On Feb. 3, 1962, he was united in marriage to Joan Hagquist at the Malmo Free Church. Together, Bill and Joan made their first home in St. Cloud where Bill attended college. He worked at Cashways Lumber and various other businesses.

During this time Bill and Joan lived in four different states while raising their four children. In 1981 the couple moved to Albert Lea where they owned multiple businesses, then retired. Bill enjoyed fishing, hunting and traveling; he was very much an outdoorsman. He also enjoyed woodworking, gardening and later knitting hats and scarves. Bill loved spending time with his family and friends in addition to attending events for his children and grandchildren. Bill was a member of the Elks Lodge, Moose Lodge, New Life Christian Church and the Lions Club. Bill was a true Lion’s Club member by donating his eyes to give sight to another.

Bill is preceded in death by his parents Otto and Bea Beseman; father-in-law, John Hagquist; mother-in-law, Anna Hagquist and his cousin whom he loved like a brother, Bob Gallus.

In lieu of flowers, memorials are preferred to the New Life Christian Church Youth Group.