William “Bill” Herman 63, of Albert Lea passed away Sunday, Jan. 4, 2015, following a courageous three-year battle with cancer. Bill was born July 6, 1951, to  Milo and Marie Herman. He graduated from Montgomery Lonsdale High School in 1969 and from Mankato State College in 1973. Bill was employed at Interstate Packaging of Albert Lea. 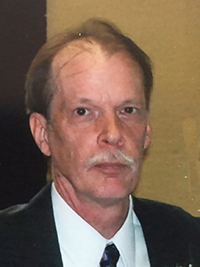 Bill and his wife, Linda, enjoyed a good game of bingo, and on the warm days of summer they enjoyed rides on their scooters and going to the fair. He was also an avid Minnesota Twins and Vikings fan, and enjoyed good old rock ’n’ roll music.

He is survived by his wife, Linda; stepson, Jon Battleson, and fiancee, Kris Renchin, and her children Christopher (Jenny), Cory and fiancee, Shaunee; stepdaughter, Mary Allen, and her children Dillan (Alayna) and their daughter Lilly, and Alexis; brother-in-law, David Johnson, and his wife, Mary, of Cannon Falls; sister-in-law, Marcia Johnson, of Ohio; and many wonderful friends.

Bill was preceded in death by his parents; his brother, Bob; and aunt, Annabelle Loula.  Memorial services will be at 2 p.m. Saturday at Bonnerup Funeral Service in Albert Lea. Friends may visit with family one hour before the service. Memorials may be sent in Bill’s name to the Humane Society of Freeborn County at www.hsffc.org.