Belgian TV show films in Albert Lea as part of focus on Hwy. 65 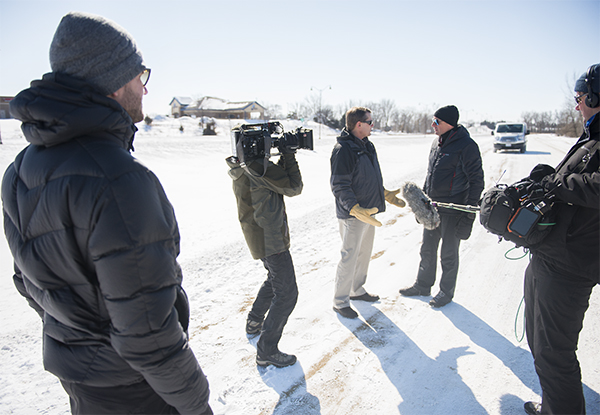 Film crews from a Belgian TV show were in Albert Lea on Thursday for an episode covering the route of U.S. Highway 65 from the city through Clayton, Louisiana.

The show, called “Reizen Waes” — “Travels Waes” in English — is hosted by Tom Waes. The show is described as atypical and one that chooses destinations that are for whatever reason unknown, new or surprising to a Belgian audience. In previous episodes they’ve gone to places such as Alaska and even Paraguay. 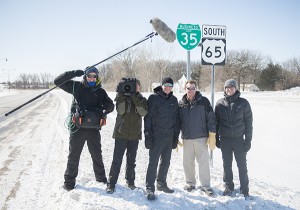 Rasmussen poses with the crew of “Travels Waes.” The Belgian TV show travels to different parts of the world and is currently filming a segment on U.S. Highway 65 for its second season on the air. — Colleen Harrison/Albert Lea Tribune

“I think what makes it special is we tend to do it different,” Waes said.

He said everyone always talks about Route 66, so he thought for this episode why not instead travel down Route 65. The start is in Albert Lea. It goes 1,000 miles until its end in Louisiana.

A team of five, including Waes, started filming at U.S. Highway 65 right off Interstate 35 in front of the Motor Supply Co. building across from Walmart.

They interviewed Albert Lea Mayor Vern Rasmussen before traveling down the highway to downtown Albert Lea where they met with Albert Lea Convention and Visitors Bureau Executive Director Susie Petersen, Wendy Flugum with the city and Ed Shannon, former Tribune columnist and writer.

Shannon gave the group some history on a portion of the highway near the Minnesota and Iowa border.

After that visit they drove out on to Fountain Lake to get a taste of the area’s ice fishing.

Waes said he plans to be on the road to Louisiana with his crew for 10 days, meeting people in states along the way.

He asked both Rasmussen and Shannon what types of people he thought they might meet along the way. 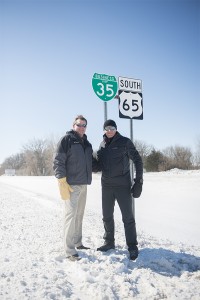 Rasmussen joked he would probably come across some snow on the way, along with some cornfields and some major cities as well.

The segment featuring Albert Lea will be the last episode in the second season of “Travels Waes.”