Funeral services for Bernard G. Anderson, 82, of Albert Lea will be at 11 a.m. Friday at Bayview/Freeborn Funeral Home. The Rev. Kent Otterman will officiate. Interment will be at a later date. Visitation will be one hour prior to the service at the funeral home. Online condolences are welcome at www.bayviewfuneral.com. 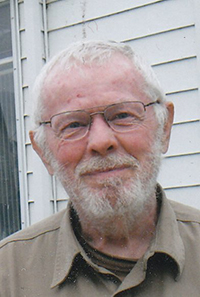 Bernard G. Anderson was born June 10, 1932, in Austin, the son of Leonard and Mary (Yaroshek) Anderson. He attended and graduated from Austin High School in 1950. Bernie worked at various retail businesses during his working years and  later did cleaning jobs at various local establishments. He enjoyed camping, fishing, biking, picking berries and gathering mushrooms. Bernie was an avid reader and collector of many books. Watching the Minnesota Vikings was a favorite of his.

Bernie was preceded in death by his parents; brothers Robert and Richard Anderson; and great-nieces Gabrielle Johnson and Jean Anderson.