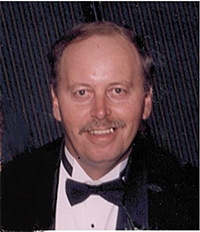 Oralle Dan “Butch” Sherburne, 68, of Eagan passed away peacefully Jan. 29, 2015, after living with Parkinson’s disease for 19 years. Butch was born on June 23, 1946, in Albert Lea and was raised in Minneapolis.

Butch proudly served his country with the United States Army from 1965 to 1967, including active duty during the Vietnam era, while he was stationed in Schweinfurt, Germany. He obtained the rank of sergeant while he served with the Third Battalion, Seventh U.S. Cavalry — GarryOwen. Butch was a steadfast family man, with a great sense of humor who worked for the Veterans Administration Medical Center in Minneapolis for almost 30 years.

Butch had a passion for cars. He refurbished many cars through the years. His favorites were his 1967 Lincoln Continental, 2000 Mustang Convertible and his beautiful 1968 Mustang Fastback.

Butch will be forever missed by his family. He is survived by his wife of 46 years, Patty (Nilsen) Sherburne; his son, Daniel Sherburne; and his daughter and son-in-law Penny and Guy Cierzan. He also is survived by his two grandsons, Lucas Sherburne and Noah Cierzan; his granddaughter, Leah Lynn Cierzan; his constant companions Molly and Bootsie; as well as his sister, Linda Stambaugh; and brothers Mike, Dave and Bill Konetski and a nephew, nieces, many cousins and friends.

He was preceded in death by his mother, Jean, his father, Oralle M. Sherburne, as well as his mother and father-in-law Kenny and Lorraine Nilsen.

A heartfelt thank you to Marc Salita, David G. Fine and J. Eric Ahlskog for their attention to Butch for so many years. The family also send thanks to the Allina Hospice Group for their compassionate and attentive care during the recent months, the staff at Providence Place and the wonderful care he received at the NC Little Hospice House.

Services will be at 11:30 a.m. Tuesday at Bradshaw, 3131 Minnehaha Ave. S. Interment will be at Fort Snelling National Cemetery. Visitation will be from 4 to 7 p.m. Monday and also one hour prior to the service at Bradshaw.

Memorials will be sent to the Michael J. Fox Parkinson’s Foundation and the LC Little Hospice House in Edina.