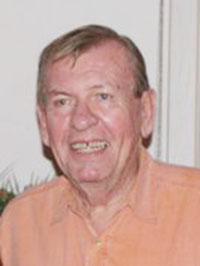 He was born July 23, 1937, to the late Frank and Myrtle (Melvold) Wynne in Algona, Iowa. He graduated from Albert Lea High School and attended the University of St.Thomas.

Craig owned Southtown TV and Appliance in Albert Lea and later became an independent agent with Farmers Insurance until retirement.

On Feb. 14, 1977, he married Patricia Stensrude in Albert Lea. Craig and Patricia lived in Apple Valley before relocating to Phoenix.

Craig is survived by his loving wife of 38 years, Patricia; sons Jeffrey, Phillip (Melanie), Joseph and David Anderson; daughters Liz Bachtle and Sarah Mcgowan (Pat); and many grandchildren and great-grandchildren.

Craig will be missed by those who knew and loved him.

Online condolences can be given at www.bestfuneralservices.com.