Funeral services for Diana Jean Schmidt, 65, of Albert Lea will be at 10 a.m. Friday at the Bayview/Freeborn Funeral Home The Rev. Mark Niethammer will officiate. Interment will be in Hillcrest Cemetery. Visitation will be from 5 to 7 p.m. Thursday at Bayview and one hour prior to the service on Friday. Online condolences are welcome at www.bayviewfuneral.com. 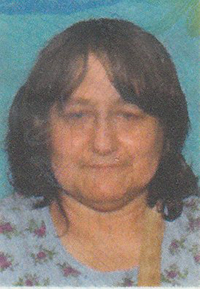 She grew up here and graduated from Albert Lea High School in 1967. She then went to beauty school. Diana worked as a hairdresser in Glenville and operated a salon out of her home. She also helped Morningstar Home Health as an office assistant, and worked in housekeeping at Good Samaritan Society for several years until her retirement. Diana was a member of Salem Lutheran Church. She loved animals — especially her dogs and cats — and liked going camping. Blessed be her memory.

Diana was preceded in death by her parents and her brother, Donald Schmidt.