Funeral services for Fern Cameron will be at 2 p.m. Friday at Our Savior’s Lutheran Church. The Revs. James Kassera and Darrell Bakke will officiate. Interment will be at Graceland Cemetery. Visitation will be one hour prior to the service at the church. Online condolences are welcome at www.bayviewfuneral.com. 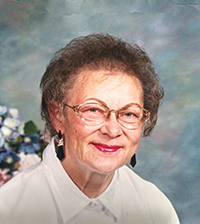 Fern Catherine Cameron was born Nov. 1, 1934, the daughter of Edward H.F. and Viola Fern (Lamaack) Mielke. She grew up and went to school in Albert Lea.

Fern’s family would like to thank the staff of 2nd North at St. John’s Lutheran Community for their exceptional care.