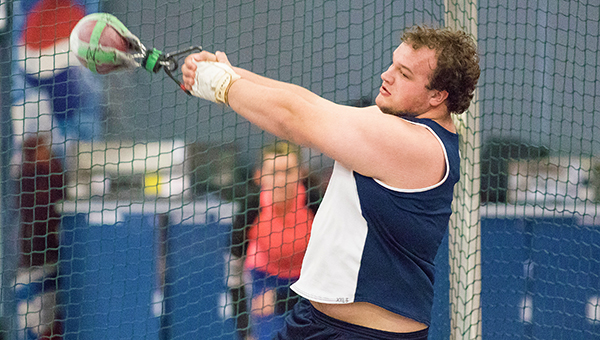 A former state-champion wrestler for Albert Lea made a splash at the collegiate level, according to a press release from Bethel University in St. Paul.

Royals sophomore Bryce DeBoer threw his way into the record books Jan. 23 at the St. Thomas Invitational at St. Paul.

DeBoer set a school record and won the weight throw with a distance that ranks in the top 25 nationally, and he added a top-three finish in the shot put. 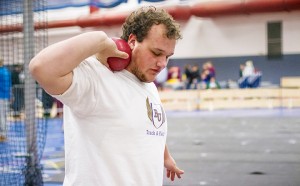 For his performance, the Minnesota Intercollegiate Athletic Conference sports information directors named DeBoer on Jan. 28 as the MIAC Men’s Indoor Field Athlete of the Week.

DeBoer’s toss in the weight throw was 54-feet-5.25 inches or 16.59 meters. Not only did that distance put him atop Bethel’s all-time leader board in the event, but it leads the MIAC and ranks 25th in Division III this season.

DeBoer found further success in the shot put, where he finished third with a throw of 48-3.5 feet or 14.72 meters. That toss is third in the MIAC this season.

While DeBoer was a student-athlete at Albert Lea High School, he won the Class AAA wrestling heavyweight title his senior season in 2012.

Next, DeBoer and the Royals will compete in their fifth meet of the season at 10 a.m. Saturday at the Darren Young Classic in Grinnell, Iowa.