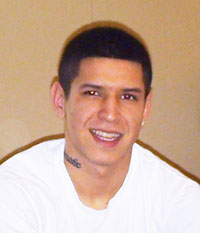 A memorial service will be planned on his birthday in July in Albert Lea.

Garrin Scott Bednar was born July 6, 1989, to Phyllis Hernandez and Scott Bednar.  He went to school in Albert Lea; Dover, Oklahoma; and Blaine.

He loved sports, music and drawing. He worked at various jobs but detailing cars was his favorite. Garrin had a contagious smile.

He was preceded in death by his grandfather, Patrick Hernandez, of Albert Lea; and grandmother, Kenya Jimenez, of Antonio, Texas.