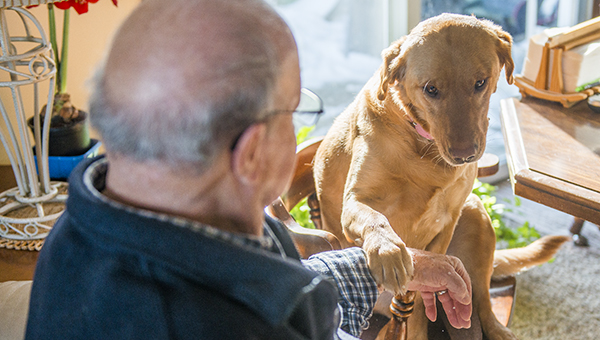 Larry Lee was out walking his dog, Dee, in October when he collapsed at the edge of his property. Dee ran up to the house and barked until Larry’s wife, Pat, came out and followed the dog to where Larry was — lying in tall grass and unable to yell for help because he was having a stroke. – Colleen Harrison/Albert Lea Tribune

Labrador alerts wife that husband has a stroke

There’s a special bond between Albert Lean Larry Lee and his dog, Dee.

If it weren’t for Dee last fall, no one would have known as quickly that Larry suffered from a stroke near the back of their property, and Larry would likely not be where he is today.

On Oct. 17, Larry, who is retired from the Freeborn County Highway Department, went for a walk at about 6 a.m. with Dee.

Pat was still in bed listening to morning sports when she heard a dog start barking at about 10 minutes until 7 a.m.

She said at first she did not think much of it and thought Dee, a Labrador retriever, was simply trying to rouse the neighboring dogs.

But then the bark got louder and more constant, and she said she looked outside and saw that Dee was trying to get to the back door and was caught with her leash on the entrance of the deck.

She unhooked her and noticed Larry was no longer with her.

And that’s just what Dee did.

Dee alerted Pat that Larry was lying in high weeds at the back of the couple’s property, but he couldn’t ask for help because he was having a stroke. Though he was conscious, he couldn’t move.

“Without this dog, I would have never known he was lying there,” said Pat. “I might have thought he went someplace else to walk.”

Pat said she called 911 and police officers and an ambulance crew came and transported Larry to the emergency room at Mayo Clinic Health System in Albert Lea.

Doctors in the emergency room communicated with a neurologist at the Mayo Clinic in Rochester through a telestroke system, and Larry was ultimately flown to the hospital in Rochester, where he was in the intensive care unit for a day and a half.

“He couldn’t even say his own name or anything like that,” Pat said.

He went through additional evaluation for three days and then entered intense therapy for 10 days, covering everything from speech therapy to occupational therapy.

Pat said doctors are still trying to figure out what caused the blood clot that led to Larry’s stroke.

Though Larry has made much progress since his stroke, he remains in speech therapy at HealthReach in Albert Lea.

The couple said they are grateful for their dog, who they describe as a good hunter and who has a lot of energy.

“I’m thankful I still have a husband,” Pat said.

They found Dee through a party line swap near their summer home in Alexandria. Dee was from a shelter in Long Prairie.

Pat said she calls him her husband’s savior.

Larry and Pat have two sons and two granddaughters. They have lived in Albert Lea for 51 years. 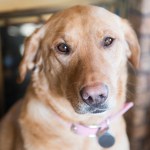 Pat said she was surprised Dee didn’t take off when she had the chance, but instead alerted her to the fact that her husband had collapsed in their backyard. – Colleen Harrison/Albert Lea Tribune 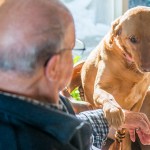 Larry Lee was out walking his dog, Dee, in October when he collapsed at the edge of his property. Dee ran up to the house and barked until Larry’s wife, Pat, came out and followed the dog to where Larry was — lying in tall grass and unable to yell for help because he was having a stroke. – Colleen Harrison/Albert Lea Tribune 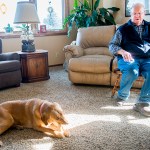 Pat said her husband, Larry, was coming back from one of his walks with Dee when he had a stroke. She said if Dee hadn’t barked so loudly and got her attention, she wouldn’t have known anything was wrong. – Colleen Harrison/Albert Lea Tribune 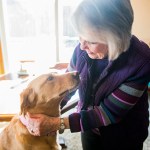 Pat Lee calls Dee their “savior dog,” after she alerted Pat to the fact that something was wrong with Larry, Pat’s husband. Dee ran straight to Larry after she got Pat to come out of the house that October morning. – Colleen Harrison/Albert Lea Tribune 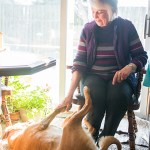 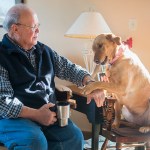 Pat Lee said her husband, Larry, is still working on his speaking and some other abilties while recovering from a stroke he had in October. – Colleen Harrison/Albert Lea Tribune 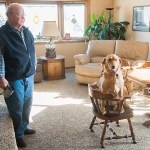 Pat said Dee is a member of their family and gets spoiled regularly — and that was before she helped save Larry’s life after he had a stroke and collapsed in the Lees’ backyard in October. – Colleen Harrison/Albert Lea Tribune