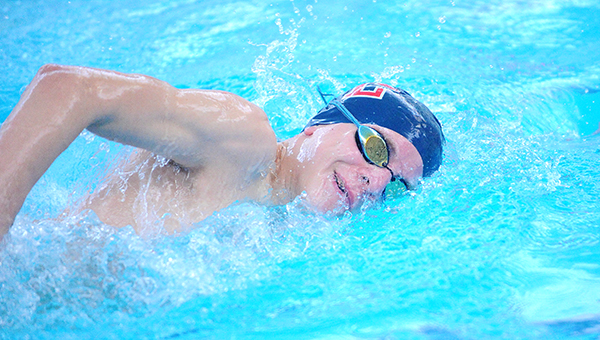 In the Albert Lea boys’ swimming team’s final home meet, the focus was on individual improvement.

“They’re starting to realize that hard work pays off,” said Tigers coach Joey Clapp. “If they put in the time and effort, it’s going to show up, and it has already with their times.”

Carter Simon led the Tigers with a first-place finish in the 100-yard breaststroke, but Northfield won 11-of-12 events to defeat Albert Lea 86-71 Tuesday on Senior Night.

Simon, an eighth grader, swam the 100 breaststroke in 1:13.58 Thursday at Mankato, and he shaved 2.74 seconds from that time Tuesday to beat Northfield’s William Beimers by 2.13 seconds.

“That wasn’t just a personal best, it was a lifetime best,” Clapp said.

The first 50 yards were the key, and Simon said he completed it in 32.6 seconds.

“I knew I had the first 50 yards at that time, and I knew I had to stay strong the whole rest of the race and work my turns well,” said Simon.

Sundblad and Fjeldberg are the Tigers’ captains and have been on the team since seventh grade, Clapp said.

“They’ve been doing a good job of being leaders,” he said. “They’re really looking forward to rest up and taper for the big meets coming up with Big Nine and sections.”

Sundblad was on the 200 freestyle relay team along with Simon, Esteban Johnson and Aaron Zogg that took third place in 1:44.71.

Fjeldberg was part of the 200 medley relay team that finished second in 1:57.42. He also finished third in the 100 butterfly and 100 backstroke.

Larson and Troe are first-year swimmers.

“Both guys have had a great year so far,” Clapp said. “We’ve seen improvements from them tonight and throughout the season.”

The schedule has been tough for the Tigers as eight teams from the Big Nine Conference scored points at either the Class A or Class AA state meets last year.

Next, Albert Lea will swim at 6 p.m. Thursday at Owatonna.

The two-day Big Nine Conference meet will be at 5 p.m. Feb. 20 at Northfield and at noon Feb. 21 at Rochester Recreation Center. The Section 1A meet is slated for Feb. 25 and 27 at Inver Grove Heights. Times have not been announced. 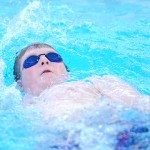 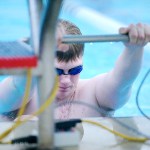 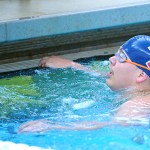 Esteban Johnson of Albert Lea looks at his time on the scoreboard after swimming the 50-yard freestyle Tuesday on Senior Night at Albert Lea High School. — Micah Bader/Albert Lea Tribune 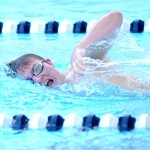 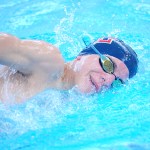