Question: This question is about the right of way at an uncontrolled and controlled intersection. I am an older driver and would like your advice on this question. Your number one fan. Thanks, 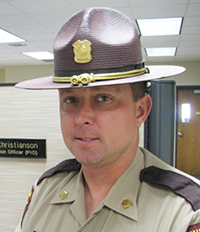 Answer: Traffic law in Minnesota does not give anyone the right of way; it says who has to yield the right of way.  Not all driving circumstances or situations are covered specifically in the law, and there are exceptions in many of our state statutes for various traffic laws.  They are not always “cut and dry” nor are they as “black and white” as they should to be.

In your scenario it is probably a reasonable assumption that someone arriving first at an uncontrolled intersection would get to go first, but, sometimes drivers have to yield the right of way anyway just to avoid a crash.  Our laws were made so we can try to prevent crashes.  Problems that we have to contend with include drivers that are distracted, impaired drivers, drivers that just don’t know the laws, and many other problems.

• When two vehicles enter an intersection controlled by stop signs or by blinking red traffic signals requiring drivers or vehicles from any direction to stop before proceeding, the driver of the vehicle on the left shall yield the right of way to the vehicle on the right.

• At an uncontrolled approach to a T-shaped intersection, the driver required to turn shall yield to the cross traffic. The driver of any vehicle traveling at an unlawful speed shall forfeit any right of way, which the driver might otherwise have hereunder.

• The driver of a vehicle intending to turn to the left within an intersection or into an alley, private road, or driveway shall yield the right-of-way to any vehicle approaching from the opposite direction which is within the intersection or so close thereto as to constitute an immediate hazard.

Hopefully your question has been answered, and drivers everywhere will pay attention to their driving as we all work together to create a culture of traffic safety in Minnesota.

If you have any questions concerning traffic related laws or issues in Minnesota send your questions to Sgt. Troy Christianson, Minnesota State Patrol at 2900 48th Street NW, Rochester, MN 55901-5848. (Or reach him at, Troy.Christianson@state.mn.us)

Sgt. Troy Christianson is with the Minnesota State Patrol.