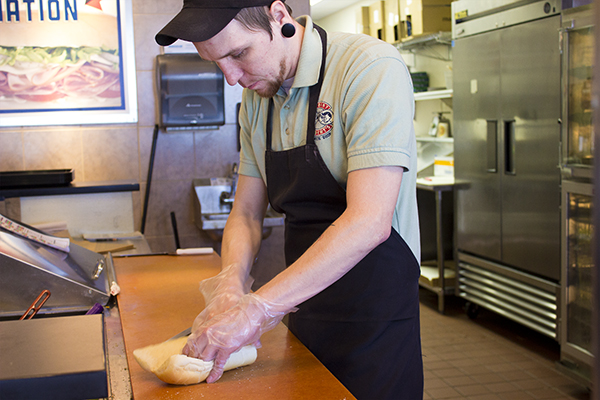 Scott Odle is a shift leader at Erbert & Gerbert’s in Albert Lea and became the second-fastest sandwich maker in the nation at the company’s annual conference on Jan. 26. – Hannah Dillon/Albert Lea Tribune 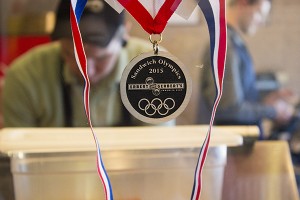 Albert Lean Scott Odle won a medal for being the second-fastest sandwich maker in the nation at the Sandwich Olympics during Erbert & Gerbert’s annual conference on Jan. 26 at Mystic Lake Casino. – Hannah Dillon/Albert Lea Tribune

Albert Lean Scott Odle has these three things, and that’s what led to him becoming the second-fastest sandwich maker in the nation.

Odle, a shift leader at Erbert & Gerbert’s, has been with the store since it opened in 2012. He said he’s always been quick at making sandwiches, but being efficient and precise is what leads to getting awards.

He won the award at the Erbert & Gerbert’s annual convention Jan. 26 at Mystic Lake Casino.

Odle, 30, grew up in Tampa, Florida, but moved to Albert Lea in 2007 because his dad’s family lives here. Before getting the job at Erbert & Gerbert’s, he was doing other side jobs.

Besides his job, Odle likes to disc golf, something that he got into because of his friends. He also has a 3-year-old daughter named Chloe.

The Albert Lea store has earned the Operational Excellence Award for two years in a row now, Odle said. 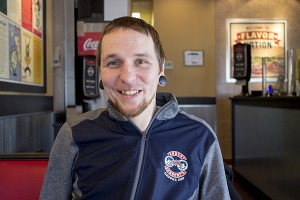 Scott Odle, shift leader at Erbert & Gerbert’s, has been with the store since it opened in 2012. – Hannah Dillon/Albert Lea Tribune

The Marketing Award of Distinction is one of two that was given out at the conference, with over 60 stores in the running.

Besides the Sandwich Olympics — where Odle got his second-place medal for sandwich making — and giving out awards, Odle said the stores are informed at the convention of limited-time sandwiches and other promotions.

Odle said he is proud to win the award and has pride in the store for being recognized nationally.

He thanked Kurt Wallace, owner of Albert Lea’s Erbert & Gerbert’s, and Kelly Anderson, the store’s general manager, and said he wouldn’t have a job without them.

Odle also thanked the community and said without the customers the store wouldn’t be here.

Erbert & Gerbert’s has stores nationwide and was founded in La Crosse, Wisconsin.